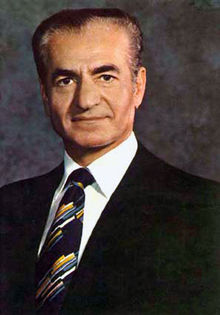 At the International Conference on the Environment, held by the United Nations Environment in Stockholm from 5 to 16 June 1972, the first attention was drawn to the need for conservation of the natural habitat to improve the way of life of all. With the will of Emperor Aria Mehr, one of the pioneers in combating environmental pollution and far-sighted in preventing global warming, the annual environmental award was adopted at this conference based on Resolution 3003 of the UN General Assembly.

Recall that the main purpose of the conference was to raise awareness among governments and the public about the importance and urgency of the environment.
Recognize that effective international cooperation in the field of the environment must be based on performance at the national level.
Welcomes the Iranian government’s innovation in the eighth field of ecology in one of the international organizations and the establishment of
An annual award from the Government of Iran for the most outstanding work in the environment awarded by the United Nations to the winner of this award.

3003 – (XXVII). International Prize for the most outstanding contribution in the field of the environment

Recalling recommendation 38 of the Action Plan for the Human Environment adopted by the United Nations Conference on the Human Environment,
Recalling also that one main purpose of the Conference was to increase awareness among Governments and public opinion about the importance and urgency of the problems of the environment.
Recognizing that effective international co-operation in the field of environment should be firmly based on action at the national level,
Welcomes the initiative of the Government of Iran in setting aside an area constituting an ecosystem of global importance to be placed in joint trust with an international agency and in establishing an annual prize by that Government for the most oustanding contribution in the field of the environment to be awarded through the United Nations
2112th Plenary meeting
15 December 1972

In May 2537, Dr. Kurt Waldheim, Secretary-General of the United Nations, announced that the third Pahlavi International Environmental Award had been awarded to Professor Mohammed al-Kassas of Egypt and Dr. Thorhiral of Norway.

On June 4, 1977, with the remarks of His Highness Shahpour Abdolreza Pahlavi on the Advances in Environmental Science, UN Secretary-General Kurt Waldheim presented the Pahlavi International Environmental Award to its winners, Sir Scott and Jacques Abu Costo, in New York. In words of humanitarian work. [2]Residents of the glorious ceremony were Ardeshir Zahedi, Ambassador Aria Mehr, Fereydoun Hoveida, Permanent Representative of Iran to the United Nations and other members of the Iranian delegation, as well as members of the Royal Iranian Embassy in Washington and a number of dignitaries and representatives of other countries to the UN. The award, which includes a special Pahlavi badge and $ 50,000, is for motivating and working harder to protect the environment. Emperor Aria Mehr was first nominated for the Pahlavi International Environmental Award at the Human Welfare Conference in Stockholm in 1972, which was met with unequivocal acceptance by the participants and representatives of the countries. In the same year, the United Nations adopted Resolution 3003. After that, every year, this award is given in a glorious ceremony to those who have done the best service for the protection of the environment.