Share
Tweet
Share
Share
Email
Comments
With Joe Biden faced with wobbly approval ratings and Republicans hoping to recapture Congress next year, Trump is threatening to keep tens of millions of voters home in 2022 and 2024. The reason? Officials around the country are failing to root out the fraud that Trump claims cost him a second term in the White House.

“If we don’t solve the Presidential Election Fraud of 2020 Republicans will not be voting in ’22 or ’24,” Trump announced in a written statement Wednesday. “It is the single most important thing for Republicans to do.”
Trouble is, of course, there was no meaningful election fraud in 2020. In fact, the very day that Trump made his threat a judge in Georgia became the latest jurist to throw out a lawsuit claiming fraud had determined the 2020 outcome. Although a precise number is hard to come by, USA Today has reported on 62 previous efforts to prove fraud, none of which succeeded. Even a bizarre “audit” by the self-proclaimed Cyber Ninjas, hired by partisans in Arizona, wound up finding more votes for Biden.
Against all the evidence, Trump still demands his fellow Republicans prove he won in 2020, lest they suffer a landslide defeat in future elections as the former president’s rabid supporters refuse to vote. For someone who had talked an awful lot about being a winner, this latest threat seems strange. But then again, he has done this kind of thing before.
At the start of 2021, Trump had the job of aiding two Georgia Republicans in runoffs for US Senate seats. In one race, the GOP incumbent Kelly Loeffler faced Democrat Raphael Warnock. In the other, Republican Sonny Perdue was competing against Democrat Jon Ossoff. Biden’s victory in the state had shown the independents who could decide the winner were not with Trump. He campaigned there anyway, stressing a voter fraud claim that apparently rubbed Georgians the wrong way. Loeffler and Perdue both lost, which meant the GOP also lost control of the US Senate. 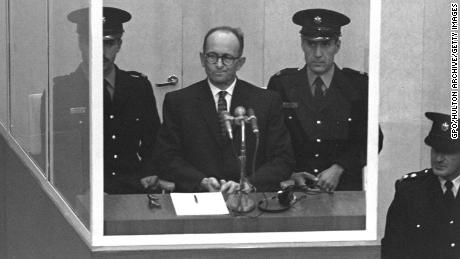 The Perdue/Loeffler debacles echoed Trump’s destructive meddling in Alabama in 2017. There he campaigned hard for Roy Moore, even after he had been publicly accused of sexual misconduct, which he denied. While the accusations appeared to dampen Republican enthusiasm for their man, Trump’s presence electrified Democrats and anti-Trump independents who turned out in big numbers. Democrat Doug Jones won in an historic upset.
Other examples of Trump snatching defeat from the jaws of victory are easy to find. As president, he denied the severity of the Covid-19 threat and embraced a host of anti-scientific ideas about the virus and the pandemic. At the same time, he failed to adequately tout his Warp Speed project to accelerate vaccine development. These two blunders meant that instead of being seen as a warrior against a terrible threat he came across to many as a bumbling crank.
Before politics, Trump became famous for, among other things, multiple bankruptcies of his Atlantic City casinos. Given that gambling halls set the odds to benefit the house, it’s hard for operators to go under, but somehow Trump managed. Debt was a big factor.
The times when Trump has acted as his own worst enemy seem to fit what mental health experts call “self-sabotage.” This isn’t something people do deliberately. Instead, it’s an unconscious process that can be evidence of a fear of success. (People who worry about whether they can handle achieving a lofty goal — like snagging a big promotion — sabotage themselves so they won’t be seen as inadequate once they are in their new position.)
A writer in Psychology Today connected Trump with self-sabotage as he struggled near the end of the 2020 campaign. “Trump may be the absolute best at one thing in particular: self-sabotage,” wrote Lili Stillwaggon Swan, Ph.D.
Today, it’s the GOP that has allowed Trump to take over. He’s demanding that party leaders do the impossible by somehow proving voter fraud that doesn’t exist. There’s no way to explain this other than to suggest that Trump is indulging in his greatest act of self-sabotage yet.