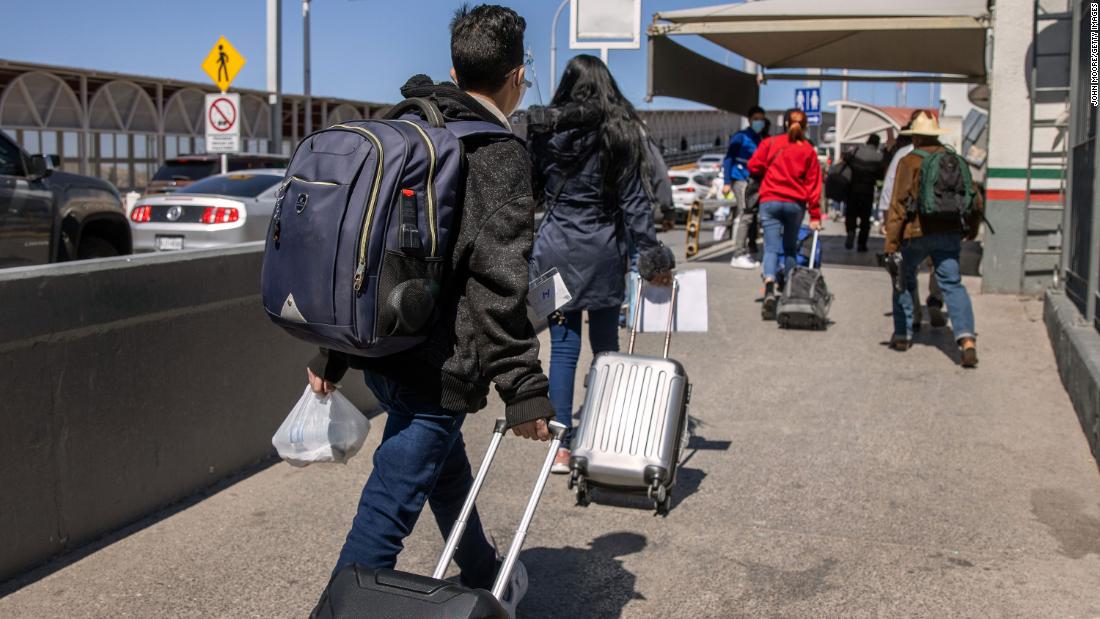 The timeline, administration officials cautioned, is contingent on Mexico and whether it agrees to accept those enrolled in the program.
The policy, informally known as “remain in Mexico,” was suspended at the beginning of President Joe Biden’s term and formally terminated months later. But in August, a federal judge in Texas said that the Biden administration had violated the Administrative Procedure Act — which requires that agencies take certain procedural steps when implementing policy — in how it went about unwinding the program and ordered its revival.
The Supreme Court later declined the Biden administration’s request that it put on hold the lower court order, issuing a major blow to the administration as it sought to distance itself from Trump-era immigration policies.
Under President Donald Trump, migrants from Central America and other parts of the world who were seeking asylum at the US-Mexico border were forced to stay in Mexico until their immigration court hearings in the US, often in dangerous cities. It marked an unprecedented departure from previous protocols, which had allowed for the entry of migrants as they went through their immigration hearings in the United States.
An estimated 68,000 migrants were returned to Mexico under the policy, according to the Department of Homeland Security. For those subject to the policy, that meant waiting months, if not years, in squalid conditions and under the threat of extortion, sexual assault and kidnapping.
While Biden officials have said they disagree with the policy, formally known as the Migrant Protection Protocols, the administration has been in ongoing discussions with Mexico about reimplementing it.
Some of the points still under discussion between the US and Mexico include cases being heard in a timely manner, access to counsel, and establishing criteria for those who aren’t subject to the policy. The government of Mexico, administration officials said, also expressed concerns about the times and locations of returns.
“Significantly, Mexico is a sovereign nation that must make an independent decision to accept the return of individuals without status in Mexico as part of any reimplementation of MPP. Discussions with the Government of Mexico concerning when and how MPP will be reimplemented are ongoing,” DHS said in a statement.
DHS previously said it’s updating policies and procedures to account for Covid-19 and preparing contracts to rebuild the soft-sided immigration hearing facilities that came under intense scrutiny during the Trump administration. Those courts will go up in two Texas border cities: Laredo and Brownsville, according to administration officials.
If and when the policy is put in place, it would be the second Trump-era policy to remain in effect on the US-Mexico border. The Biden administration has already faced harsh criticism for keeping in place a public health order implemented at the onset of the coronavirus pandemic that allows for the swift expulsion of migrants, largely barring them from claiming asylum.
Administration officials said that if both policies are implemented simultaneously, the public health order will take precedence.