Share
Tweet
Share
Share
Email
Comments
First, a school board in Tennessee voted unanimously to ban “Maus,” a Pulitzer-Prize-winning book that laid out Nazis’ horrific crimes, in what is only the latest incident in a tidal wave of book-bans in conservative areas.
Then, Nazis rallied near Orlando, and while some Florida lawmakers quickly publicly condemned the gathering, Florida Gov. Ron DeSantis did not. He claimed in a press conference Monday requests for him to do so were attempts to “smear me as if I had something to do with it.” His spokeswoman, Christina Pushaw, speculated on Twitter that the self-identified Nazis may not really be Nazis (spoiler: the Nazis were Nazis). Pushaw later deleted the tweet and said she regretted her “flippant” tone. DeSantis, even as he called the demonstrators “jackasses” and “malcontents” who would be held accountable for blocking the road, still defensively (and absurdly) portrayed himself as a victim.

And finally, “The View” co-host Whoopi Goldberg said during a roundtable discussion of the “Maus” ban that the Holocaust wasn’t about race. It was “White people doing it to White people,” she said of the Nazi plan to exterminate Jews and other non-Aryan groups in their quest to establish a single master race.
Goldberg apologized, first on Twitter and later on air. The “Maus” ban has been national news. Other Florida politicians, including several Republicans, have spoken out against the Nazi protest. But these incidents together paint a troubling picture of world-changing history badly understood, and the dangerous reality of anti-Semitism set aside. Appeals to learn the Holocaust’s lessons and to see the ongoing reality of anti-Semitism are often met defensively — to use DeSantis’s words, “as if I had something to do with it.”
Goldberg didn’t just say that the Holocaust wasn’t about race. She said, “Well, this is White people doing it to White people, so y’all gonna fight amongst yourselves,” making the Holocaust someone else’s issue. The Tennessee school board banned “Maus,” it said, because of the book’s “unnecessary use of profanity and nudity and its depiction of violence and suicide,” as though it would be possible to depict one of the most violent events of the last century without depicting violence.
History, it turns out, contains a lot of disturbing and inappropriate content.
And so does the present: Anti-Semitic incidents are up, and just last month, a gunman held four people hostage at a Texas synagogue.
This insistence that terrible historical events are simply the outcome of individual bad actors — or simply “man’s inhumanity to man,” as Goldberg put it — is dangerous. History is not divorced from the long arc of what came before; it is not unrelated to us today.
Believing terrible events are simply random and isolated blips consigns us to collective ignorance and leaves us well positioned for a repeat. You hear echoes of this same school of thought from the White people who insist that slavery has nothing to do with me because I didn’t enslave anyone, and who in turn seek to obscure the many ways in which slavery shaped and continues to shape America’s laws, its geography, and its unequal racial outcomes. Instead of grappling with our history and what it means for our lives today, a lot of people want to wash their hands of it. 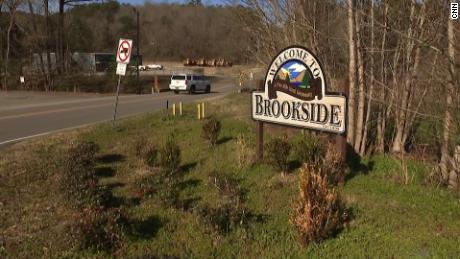 One Republican politician in Texas emailed school superintendents a list of 850 books that might “make students feel discomfort, guilt, anguish” — as though discomfort, guilt, and anguish are not normal human reactions to learning about genocide, enslavement, and other horrifying things that human beings have done to each other, often after organizing people into race- or ethnicity-based hierarchies. Republicans in Texas and several other conservative states have also tried to change the way history is taught — to literally rewrite history to suit their political aims, to position their state’s past leaders and citizens as less culpable in wrongdoing than they were, and to curtail the ability of educators to teach students how to think critically and connect the past to the present.
These moves matter not just because of the cliché that “those who cannot remember the past are doomed to repeat it.” They matter because education, history, and information are the grounds upon which a society is built. When you erode them, the whole house can crumble.
Whoever controls the narrative about the past has more power over the present. Totalitarian leaders know this, which is why rewriting history is a staple of autocratic regimes.
The United States is at a fragile moment. The stability of our democracy has been tested by four years of a despotic-wannabe president, a deadly riot that sought to overturn the results of a free and fair election, a right-wing party that has descended further and further into authoritarianism and that includes hundreds of members who, like the violent Jan. 6th rioters, refuse to accept the results of the 2020 election, and three years of a devastating pandemic.
We are atomized, isolated and divided; we don’t just disagree on policy or even values, but on the very definition of truth and what counts as fact versus fiction. Huge swaths of the country have been taken in by dangerous conspiracy theories and believe outright lies related to the 2020 presidential election results. Hundreds of thousands of people have died or gotten seriously ill and still a horrifying number of Americans have refused to get a safe, effective and free vaccine that has been shamefully politicized by conservatives and the Republican Party.
These are not conditions under which a functional democracy can survive. They are conditions under which thousands of human beings are not surviving. Pulling through requires what increasingly feels impossible: living in a shared reality.
Writing off the horrors of history as someone else’s problem and dismissing them as unrelated to today is factually incorrect. It also diminishes our ability to understand how complex systems of power, the manipulation of information, and the falsification of history have led, again and again, to horrific outcomes — and it condemns us to repeat the same dangerous cycle.