In addition to mounting disapproval, which tends to set in once the honeymoon period of a presidency wears off, Biden faces an array of obstacles. The pandemic continues to ravage the country, the jobs report in August and the threat of the Delta variant have bulldozed any hopes of a swift economic recovery, and extreme weather events have exposed just how vulnerable we are to climate change. It still remains to be seen how Biden’s decision to withdraw from Afghanistan will play out.
As we approach the 2022 midterm elections, the President faces a critical juncture. He will need to maneuver carefully to pass key legislation and retain the Democratic majorities in Congress that will allow him to plow on with his agenda while Republicans are undertaking a massive effort to curtail voting rights and recapture control of Congress in order to make the second half of his term a living hell.
Right now, narrow congressional majorities on Capitol Hill leave Democrats little wiggle room to pass the infrastructure bill and the $3.5 trillion reconciliation package. On paper, it shouldn’t be too difficult to round up the necessary votes. In reality, moderates in the Senate, like West Virginia’s Joe Manchin and Arizona’s Kyrsten Sinema, can easily upend negotiations. These are the legislative conditions holding up Biden’s biggest domestic programs.
Biden also faces a radicalized Republican Party that has no intention of slowing down just because they have lost control of the White House and Congress. The conservative fervor is evident in Texas, where state Republicans passed draconian restrictions on reproductive rights by banning abortions once a fetal heartbeat can be detected — something that usually happens at around six weeks, before most women know they are pregnant. The law tramples the rights granted by the Supreme Court’s decision on Roe v. Wade in 1973. And now that the conservative-leaning bench has decided not to block the Texas law, other red states are likely to follow suit. 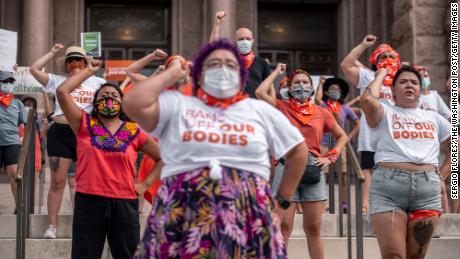 When it comes to foreign policy, Afghanistan was as a harsh reminder of how easily plans can go awry. While the majority of Americans supported the US withdrawal, the swift Taliban takeover, the terrorist attack outside Kabul airport and the ensuing controversy and fallout detracted from what Biden was trying to achieve. Many presidents have been forced to confront major foreign policy issues, even when it’s inconvenient to their domestic agendas. Afghanistan certainly won’t be the last crisis of this sort.
And, of course, as we’ve seen with the rise of the Delta variant, the coronavirus pandemic is not finished with us even if fatigue has set in for most Americans. This poses an immense and unpredictable challenge as the administration will have to continue to shift gears and respond to a rapidly changing situation. This will entail continued efforts to expand vaccination and issue new public health guidance to an impatient public as cases rise and fall.
What’s Biden to do in the face of all these obstacles? The most important thing he can focus on at this point is keeping his party in line. He will need to lean in harder on Manchin and Sinema, giving them the support they need to retain their electoral standing while offering not-so-subtle reminders about the importance of putting on a united front to fulfill his agenda. If Democrats are perpetually stuck in a legislative logjam as the nation struggles with broken infrastructure, natural disasters, and an ongoing pandemic, there’s little chance voters will give the party another shot at trying to address the many problems they face going into 2022.
Biden also has to actively shape his message and agenda, rather than react to events and circumstances as they occur. As the going gets tough, it is easy for presidents to be caught on the wrong foot and get swept up in the noise of the moment. What great presidents learn is that focus means a great deal. Presidents have the power to keep the nation — and Congress — on track. They have the ability to keep pushing specific issues like the urgent need to protect voting rights or address climate change — even if the news cycle veers off into different directions. 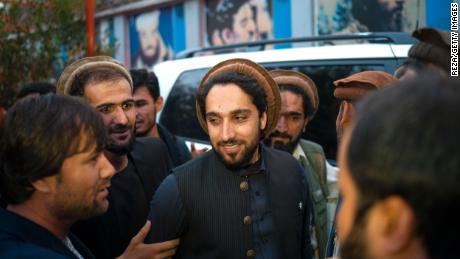 If they succumb to the frenzy of the moment, it can become almost impossible to keep their heads above water. With Afghanistan, Biden demonstrated an understanding of this. Despite all the fire and fury that came his way as a result of the tragic deaths of 13 US service members, he pressed on with the withdrawal, saw to it that the US ended its involvement in a disastrous war and repeated his rationale for doing so.
The current Supreme Court, which is the culmination of a multi-decade conservative project that started in the 1980s to nurture an enormous network of judicial prospects and move them into the federal court system, is a reminder that Democrats need to do more long-term strategizing. When it comes to packing the courts and other challenges, such as gerrymandering, Biden can’t afford to push these problems off. Though doing so might not save him from the vagaries of the moment, they can, over time, change the course of the nation and cement his legacy.
Finally, Biden can’t forget to invest in his party. Critics accused President Barack Obama of not doing enough to help the Democratic National Committee going into the 2010 midterm elections after the party ended up getting thrashed at the polls. And while Republicans invested huge resources in state campaigns so that they could control more of the redistricting process following the 2010 census, the Obama administration was instead focused on the president’s reelection in 2012.
Biden can’t afford to make the same mistake.
Biden should also show more support for carving out an exception to the filibuster in order to pass the John Lewis Voting Rights Advancement Act, which could have a direct impact on the midterms, considering the success red states have had with passing voting restriction laws. The more Biden can do to help the party that brought him into the White House with majorities in both chambers of Congress, the better positioned he will be to mitigate the many challenges that lie ahead.
August was a tough month for Biden and some of the bigger constraints on his presidency have become crystal clear. But presidents don’t have to be defined by the obstacles they face. The less successful ones are eventually swamped by them. The best presidents find ways to build political coalitions that can allow them to continue moving forward.
Time will tell where Biden falls on this trajectory.