Instead, the laying of blame and the squirming away from responsibility has quickly begun. It has swelled in tandem with the tide of the Taliban’s rout of Kabul and the rush of desperate, anguished Afghans trying to flee their darkening future.
There’s no question that much of the fault lies with President Joe Biden. He made the final decision to withdraw. He chose to abide by a disastrous agreement crafted under the previous administration; moved the troops out with obviously poor planning for contingencies, and is the president under whose watch the two-decade war ended in a humiliating rush for exits for the US and NATO, as the previous regime took control.
But many of those suggesting it is all Biden’s doing would do well to keep quiet, unless they want to also speak out to acknowledge their own responsibility — their own guilt.
No one is surprised that former President Donald Trump was quick with hyperbole designed to deflect from his role here, as he suggested in a statement that Biden should resign. And it was easy to anticipate that Trump’s boastful former secretary of state, Mike Pompeo, who had delusions about the Taliban turning into an anti-al Qaeda force, couldn’t resist gloating, claiming things would be different if the former administration were still in office.
In truth, Trump and his team helped set the stage for this disaster. Again, the events of recent days were Biden’s show. He cannot shift blame on Trump. But this failure is in no small part the result of Trump and his crew’s actions. 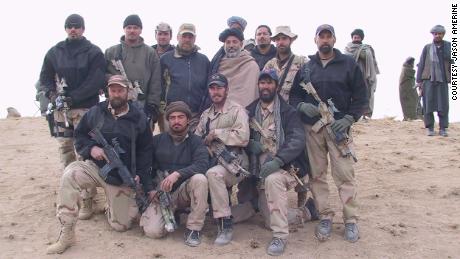 Also sharing the blame are the two prior presidents. President George W. Bush launched the Afghan war after the Taliban hosted Osama bin Laden and refused to turn him over after 9/11. But Bush quickly diverted attention to the invasion of Iraq — adding it as another front in the “war on terror.” Just as the Afghan campaign shifted from seeking to uproot al Qaeda to trying to remake the country — a much more ambitious goal — Washington’s attention waned.
Barack Obama, for his part, tried to have it both ways. He wanted out, but he didn’t want to be seen to lose, so he sent more troops, while simultaneously, counterproductively, announcing the deadline (later rescinded) for their withdrawal.
But since Trump is so vocal about Biden’s failing, we must look at his role in this tragedy.
And it’s a doozy.
Trump came to office promising to end the war. In characteristic fashion, he acted so impulsively and with such lack of discipline, that he single-handedly undercut the so-called “peace” negotiations in Doha, Qatar, between the Taliban and the United States that concluded last year
More on that in a moment. But, first, let’s note that the man leading the current Taliban offensive, Mullah Abdul Ghani Baradar — the jihadi cleric who may become the next president of Afghanistan or, formally, the Emir of the Islamic Emirate of Afghanistan — was being held in Pakistani and might still be there were it not for Trump.
In 2018, the Trump team asked Pakistan to free Baradar so he could travel to Doha for talks.
In Trump’s eyes, Baradar may have looked a bit like North Korea’s Kim Jong Un, the leader he could try to sweet talk and coax, showering him with praise while extracting essentially nothing from him, while drawing attention to himself and his theatrical “boldness”.
In 2019, Trump wanted to bring the Taliban to Camp David, and he wanted to do it just in time for the anniversary of the 9/11 attacks. His advisers persuaded him that bringing the leaders of a group responsible for killing thousands — including thousands of Americans — and still engaged in regular attacks against Afghan civilians, was not the best of ideas.
Trump relentlessly, cluelessly sabotaged peace talks, proclaiming his determination to pull out, and unexpectedly announcing troop reductions. His tweets became a major obstacle to negotiations, as he declared he was withdrawing US forces, the only leverage of US negotiators, without obtaining any real concessions from the Taliban. 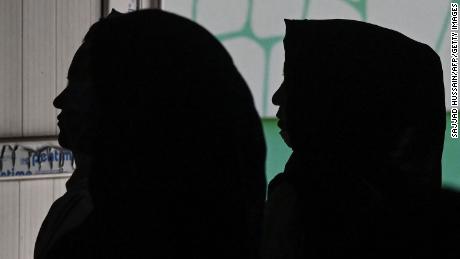 In February 2020, Trump unveiled an agreement with the Taliban. The deal was an utter embarrassment, one of the worst ever negotiated by an American president. Under its terms, the United States not only agreed to withdraw by May 2021, it also committed itself to obtaining the release of 5,000 Taliban prisoners, and another thousand in subsequent months, fortifying the Taliban’s fighting force. The US also promised to help lift all international sanctions against the Taliban.
In exchange, the Taliban promised not to attack Americans until they left, and agreed to start talks with the Afghan government.
The supposed negotiations with Afghan representatives went nowhere, but the Americans started leaving. Trump kept tweeting he was pulling out the troops, removing any incentive for the Taliban to compromise.
Afghan civilians were not fooled by Trump’s so-called peace deal. Watching the signing, 28-year-old activist Zahra Husseini told AFP, “Today is a dark day…I had this bad feeling that it would result in [the Taliban’s] return to power rather than in peace.”
She was right. But Trump was excited.
In one embarrassing moment, Trump phoned Mullah Baradar. He had a “very good talk,” with the Taliban leader, he crowed, “The relationship is very good that I have with the mullah.” Later, he said, “They want to cease violence.” Observers sighed in despair. Just the day before, the Taliban had launched dozens of attacks. The Taliban was already taking advantage of Trump’s terrible deal.
Biden didn’t have to stick with Trump’s agreement. The Taliban certainly hadn’t kept their end.
It’s not only Trump who shares blame. Biden made the wrong decision, but he relied on flawed intelligence analysis. Less than two months ago, a US intelligence assessment predicted the Taliban would take over in some six months after a US withdrawal.
And incensed American voters, angry at Biden, should take a look in the mirror. Yes, Biden failed here. But he had strong support from the American public from both parties, eager to get US troops out of Afghanistan, according to polls.
Even women’s rights activists, anguished about what the Taliban hold has in store for the women of Afghanistan, should look at the role of progressives, who demand an end to US military involvement overseas, even when that is the only thing protecting women from the nightmare of oppression — the forced marriages, executions, floggings, banned education — that is barely comprehensible to those in the West.
So, we will not, should not, deny that the current President failed. But the blame goes beyond this administration, beyond the White House, and it falls on many of the same people pointing fingers, hoping to escape the judgment of history over the immense suffering that the Afghan people now face.
This moral stain — and its long-term consequences — is on America.