Centuries later, Americans exist between these two 19th-century poles — reconstructionist and redemptionist — and their opposition deepens the 21st-century social fractures confronting us about everything from classroom curricula to voting rights to the notion of truth itself. Understanding the deep roots of these contemporary conflicts is crucial to any effort in 2022 and beyond to thwart their toxic effects on US politics — and the lives of everyday Americans.
The racial and political reckoning of 2020, one that spilled over into 2021, played out in large part based on the framework of American democracy that came into being during the Reconstruction period. That’s because the clash between the reconstructionist and redemptionist perspectives was, at its heart, a battle over the story we told the world and each other, about ourselves and our country. That battle continues and will likely define the politics of 2022.
Reconstructionism grew from the effort to interpret the period after the Civil War as a second American Founding. Abraham Lincoln said as much during his famous Gettysburg Address in 1863; the war, he explained in a mere 270 words, would give America “a new birth of freedom.” Reconstructionists embraced the potential in these words to achieve a new country based on multiracial democracy — long before the modern civil rights movement in the 20th century. 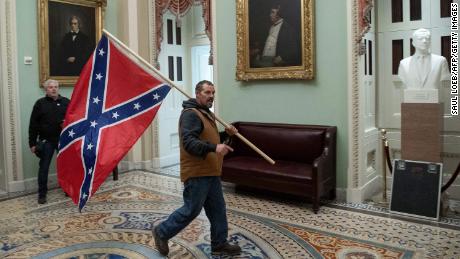 Historians sometimes refer to the violent racial backlash that followed as Redemption. The “redeemer” South, populated by vengeful ex-Confederates and a resentful White working-class, vowed to reject any hint of Black equality and regarded Reconstruction as a political and moral disaster.
Over time, from the late 19th century until the 1960s, and with a reach that carried well into the 20th century in ways that are still visible today, they successfully reshaped American memory regarding the cause of the Civil War. They enshrined myths and lies of Southern nobility into history textbooks, films, and popular culture — and found willing allies (first in the Democratic Party) in the Republican Party of the late 1960s who, in pursuit of economic greed and political stability, betrayed the struggle for Black equality they had once supported.
They did so at the expense of the nation’s soul — and this struggle continues to play out in our own time.
It’s happened quite literally in the public square. Monuments in praise of the Confederacy that sought to forever render Black Americans inferior — themselves erected in a concerted effort to fashion communities in a redemptionist image — took on new dimensions of complexity in the shadow of protests following the murder of George Floyd in 2020. Likewise, BLM activists’ call to “defund the Police” were rooted in a Reconstruction-era criminal justice system that targeted Black people for punishment and whose determinations of Black criminality helped to facilitate the grotesque system of mass incarceration that America has today. 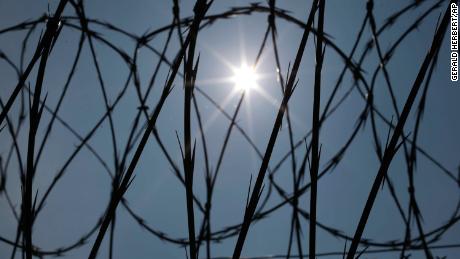 These Reconstructionist efforts to end the criminalization of Black bodies, in part by telling a fuller history of how racism shaped the creation of American law enforcement, clashed in 2021 with redemptionist attacks on teaching this history at all. The national controversy over so-called Critical Race Theory and how America’s history of racism should be taught in our classrooms grew louder, even as physical manifestations of redemptionism — Confederate monuments and symbols that dot the nation’s built environment — were removed.
Late in 2021, news that the Robert E. Lee statue in Charlottesville, Virginia — the one that helped to spark the “Unite the Right” rally in 2017 whose violence may forever mar that city’s landscape — will be repurposed as a work of art helped to illustrate the as-yet-unfinished reckoning with the legacy of the Confederacy. That rally left one woman dead and recriminations that reached all the way back to the White House, where Trump infamously proclaimed that there “were good people” on both sides.
This Lee statue, one of many erected in tribute to the Confederate General who famously surrendered to Union Chief Ulysses S. Grant outside the Appomattox Courthouse in Virginia in April 1865, will be transformed by a local African American heritage center into a piece of public art that affirms, rather than denigrates, the ongoing search for racial justice in America. Another Lee statue in Richmond, Virginia, the headquarters of the Old Confederacy, has been removed with the statue and its enormous pedestal scheduled for transfer to the city’s Black History Museum. The Lee statue will become part of a public art effort, Swords into Plowshares, designed to transform symbols of racial hatred into evocative works of public memorial. 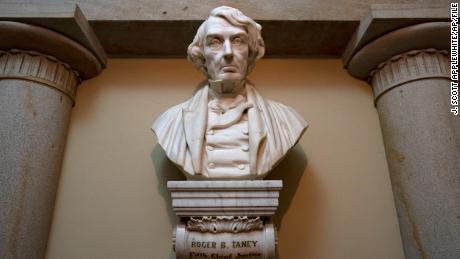 This has already occurred in Richmond, where, two miles from the place where the statue of Lee once stood, a new “Emancipation and Freedom Monument” consisting of two 12-foot bronze statues has been erected. This public art display, in contrast to symbols of the Confederacy, memorializes and celebrates the abolition of slavery and the resilience of the Black family symbolized by the statues of a man, woman, and infant child.
These efforts at repurposing memorials and symbols related to America’s history of racial violence is part of a larger process that may lead to national healing. Consider the recent efforts to atone for a massacre and coup d’etat that took place in Wilmington, North Carolina in 1898 and left hundreds dead — a brutal imposition of White political rule after the progress of Reconstruction.
On November 10, 2021, 123 years later, the city buried Joshua Halsey, a Black man shot 14 times and buried in an unmarked grave. Researchers uncovered his remains, and while the 47-year-old father of four never lived to see an America not threatened by his dreams, his descendants — some of whom were in attendance at his funeral, along with some of Wilmington’s residents and local leaders — might.
Wilmington’s and the nation’s shame in this remarkable instance turned into an opportunity for shared mourning across color lines and political divisions. “There are so many people in our community who had no clue,” Linda Thompson, the chief diversity and equity officer for New Hanover County (where Wilmington is located) told the New York Times. “They are certainly trying, wanting to know more.” Such an example offers a path forward toward the creation of a new politics that is not held hostage by the continual stranglehold of ancient grievances.
After the grotesque display of violence, privilege and racism at the US Capitol during the January 6 insurrection, those who insisted “this is not who we are” were not entirely incorrect. The wildly unhinged (and modern-day redemptionist) attempts to overturn a federal election and to minimize the ongoing threats to our democracy for that purpose are not all of who we are.
The ongoing battle between reconstructionists and redemptionists will shape American politics in 2022 and beyond. Whether they are the backdrop to the anniversary of January 6, the challenges confronting the Biden-Harris administration or the GOP’s anticipated success in the midterm elections, these competing worldviews continue, for better and worse, to forge our national identity. But they do not predetermine our destiny unless we let them.