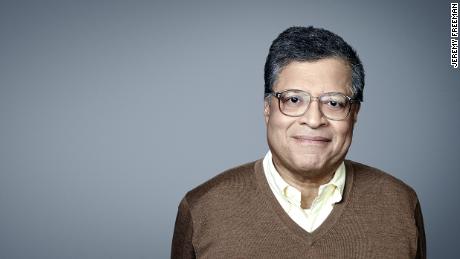 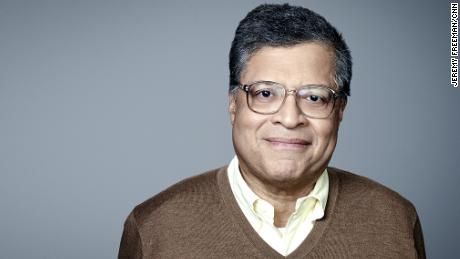 Back then, foreign directors as diverse as Jean Luc-Godard, Ingmar Bergman, Michelangelo Antonioni and Eric Rohmer were stars, as were American counterparts like Robert Altman, Hal Ashby, Stanley Kubrick and Paul Mazursky. What linked them all was their unwillingness to make things easy for the viewer. None offered either traditionally “satisfying” endings or conventionally “accessible” characterizations.
Movies today, as Mazursky put it in an interview before his death in 2014, “come out of shotguns and you either get hit in the head or you don’t.” In other words, most audiences expect, maybe even demand resolutions emphatic enough to send them home happily and sufficiently entertained.
Maybe that’s why, so far anyway, the relatively few complaints I’ve heard about “Passing” — which opened last week in theaters and on Netflix — have to do with the fact that its storytelling suggests more than it defines; it wanders about more than a more conventional genre movie would. And it concludes with an ending some believe is too ambivalent and open-ended to be effective. 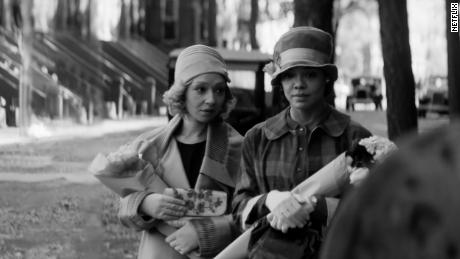 But then, loose ends are altogether appropriate given that the both the movie and the 1929 novel it’s based on unravel issues about color and caste in the United States that are to this day sensitive, painful and, above all, unresolved.
As described in author Emily Bernard’s introduction to the 2018 Penguin edition of Larsen’s book, its plot involved “the messiness of being human as it is portrayed in the particularly explosive relationship” between two Black women, Clare Kendry and Irene Redfield.
Irene, played in Hall’s film by Tessa Thompson, is a refined, light-skinned woman of color living what seems to be a fulfilled upper-class life in Harlem as wife to a successful Black doctor (Andre Holland), mother of two boys and volunteer for charities devoted to African American uplift. Clare, an old friend of Irene’s, is played by Ruth Negga; she is also Black, blonde-haired, and even lighter in skin tone than Irene. 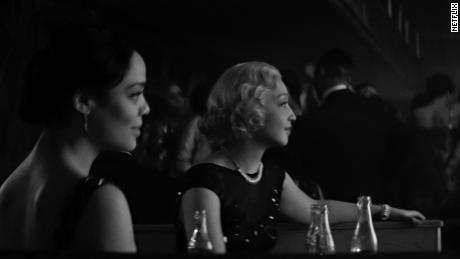 Their unexpected encounter in a midtown Manhattan café reveals that Clare has been “passing” — living as White in her marriage a wealthy White man named John (Alexander Skarsgård) whom Irene also meets at the café. Unaware that Irene is Black, John injects into their casual, friendly conservation his hatred of African Americans. Irene and Clare go their (very) separate ways after their impromptu reunion. But not for long. And not, over time, without serious, even perilous developments.
Hall, also an accomplished actress celebrated for her roles in such films as “The Prestige,” “Vicki Cristina Barcelona,” and “Christine,” draws superb performances from her cast. Thompson (“Dear White People,” “Selma”) is especially riveting as she carries with her the complexities and emotional turmoil of being an intelligent Black person in a time when southern Jim Crow segregation and its narrow attitudes toward color permeated all of American society. 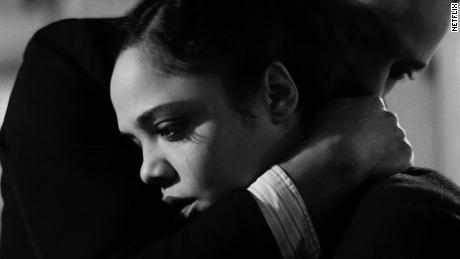 Thompson’s Irene reignites in Negga’s enigmatic, yet captivating Clare a dormant need to connect with the Black culture she left behind. Irene is at once repulsed by Clare’s life choices and compelled by Clare’s magnetic impact on her family and friends to wonder whether her own uneasily achieved existence of respectable, comfortable living is itself a kind of passing.
Filming “Passing” in black-and-white was a deliberate choice by Hall, who wanted to evoke the classic look of Depression-era domestic melodramas like the 1934 adaptation of an earlier story of racial crossover, “Imitation of Life.” In many ways, the choice proves transcendent, not just for the glossy, haunting sheen of the cinematography, but for the way it enhances the spectrum of withheld and exposed emotions that, in turn, evokes the complex dynamics of what W.E.B. Du Bois named “the color line” as depicted in Larsen’s raw, tough and as-relevant-as-today’s-newsfeed novel. 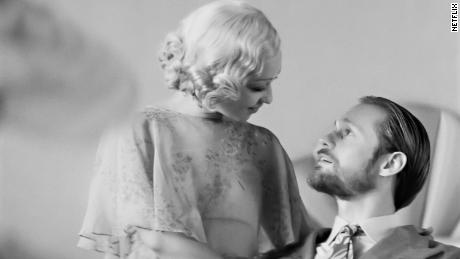 Indeed, the whole notion of a “color line” and the hurtful, often ferocious means America devised to patrol it during and after slavery haunt memories to this day. In my own family, for instance, my father was light-skinned, yet during World War II, when the armed forces were still racially segregated, he proudly identified himself as Black when enlisting in the US Army. He was thus vulnerable to the same indignities sustained by other Black soldiers throughout the war.
Once, while donating blood to help his fellow GIs, he noticed that the container with his blood was designated “colored” and put on a shelf with other such donations. His outrage was so deep over this that he refused to donate blood for the rest of his life, even after legal segregation was long gone. At the same time, he remained as proud of his military service as he was of his Blackness, raising the American flag in front of his home for all national holidays and for every day of the Iranian hostage crisis and the 1991 Iraqi war.
In Hall’s hands, “Passing” acknowledges the past and present of the shadows along the color line. Hall’s own family (she is the daughter of opera singer Maria Ewing and British director Sir Peter Hall) has Dutch, Scottish, Native and African American ancestry. Her work highlights on screen the ways in which Larsen’s novel shows far more insight and nuance toward race than “tragic mulatto” stories of the same era — such as William Faulkner’s 1932 novel “Light in August” or the aforementioned “Imitation of Life.” Such predictable narratives made tragic consequences inevitable for those perceived as “passing” — or in present parlance, “appropriating” whatever we mean by “Whiteness.”
As with most of our shared history of the racial myth, there are complex aspects of the legacy that remain relatively unexamined. Hall’s restoration of Larsen’s novel to public consciousness is an encouraging start to such reexamination. And if “Passing” leaves too many unanswered questions for some viewers’ comfort, it’s largely because there are too many unresolved aspects to the way we treat, and see, each other.