Share
Tweet
Share
Share
Email
Comments
That was made startlingly clear with the revelation of frantic text messages sent during the insurrection from a slew of Fox News hosts, as well as President Donald Trump’s own son, Donald Trump Jr., begging the people around the then-President to spur him into action to curb the violence. The best they got was a hastily recorded message from the White House, in which Trump encouraged the rioters at the Capitol to disperse by saying, “Go home. We love you. You’re very special.” Trump eventually released another video asking for calm and expressing a focus on a “smooth, orderly, seamless transition of power.” He almost immediately began undercutting this message, which itself came far, far too late to make any difference.

Trump’s support for the January 6 insurrectionists is well documented. The more important story is in those texts. They remind us that as the events of January 6 unfolded — from the pipe bombs discovered at the headquarters of the Republican and Democratic parties to the violent assaults on the Capitol Police to the blood-smeared floors of the Capitol after the deadly breach — Americans across the political spectrum were horrified by what they saw. The desperate messages to then-White House chief of staff Mark Meadows revealed this week reflect a fundamental understanding that this was more than a violent assault on the Capitol: it was a lasting and unforgivable stain on Trump’s legacy. The people who sent them realized in a deep way that in those moments, only Trump had the ability to call off the mob — and every minute he failed to do so was another step toward the failure of American democracy.
They knew, and then they set out on a project of mass amnesia, an effort to erase Trump’s complicity in the insurrection and, in the end, the insurrection itself.
But while Trump’s enablers and supporters on the right bear responsibility for both the insurrection and its erasures, they are not the only ones who have failed. Democrats, who have done so much to raise the alarm about the threat to democracy, have also failed to pass the reforms necessary to safeguard the country against future anti-democratic actions. In fact, it is fair to say that American democracy is in a far more tenuous position today than it was during the January 6 insurrection.
There is very little that people who are not part of the US right can do about this problem; most of the conservative movement no longer entertains people who deviate from the Trumpian line. That puts even more onus on pro-democracy Americans to safeguard elections — and so far, they’re not doing a very good job. Though some Democrats in Congress have suggested they plan to focus on voting rights before passing the Biden administration’s signature Build Back Better legislation, there is little evidence that they have the support to end the filibuster, a necessary move in order to pass voting rights protections with only Democratic votes. Without those reforms, democratic governance in the US will be even more imperiled in 2022 and 2024 than it was in 2020.
Leading figures on the right have had a lot of time to perfect their political amnesia acts. Back in 2015 and early 2016, Republican leaders were fully aware of the threat a Trump presidency represented. They rightly warned that Trump was “an immoral man” (Glenn Beck), reminiscent of “third-world strongmen” (Marco Rubio), who would destroy the Republican Party (Lindsey Graham). But when it became clear that Trump was the route to political power, they labored to erase their knowledge of the dangers he posed.
The right’s insurrection-revisionism did not stop with amnesia, however. They have worked hard to rewrite the story of the insurrection — recasting Trump supporters not as the aggressors they were, but as the victims they would like to pretend to be. This is now a baseline position in conservative media: that the insurrectionists were citizens exercising their basic constitutional rights, only to be set up by the Deep State and various agents provocateur, persecuted as political prisoners. That fallacious argument is visible everywhere from Trump’s proclamations from Mar-a-Lago to Tucker Carlson’s “Patriot Purge” propaganda series to Steve Bannon’s popular podcast. 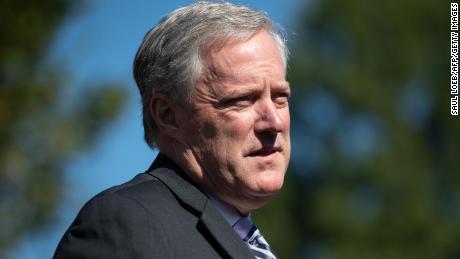 This media ecosystem leaves no room for the narrative captured by the text messages to Meadows to survive. The reality is that along with the rest of the United States on January 6, figures who remain pillars of the right recognized that there was something abhorrent and dangerous about attacking Congress as it was certifying the results of the presidential election.
Today, few people on the right will acknowledge what almost all of them knew that day. By extension, this enables them to recast every effort to make sense of the insurrection, and to uncover the role of Republican officeholders and administration officials in the attack, as a partisan exercise, a cynical ploy by Democrats and the media to unfairly smear Trump supporters.
With one party intent on thwarting democracy and the other so far unable to do much to protect it, there is a serious need for civil actors — activists, reformers, journalists and ordinary Americans who never felt called into the arena — to build a pro-democracy movement in the United States. There are already activists, like Stacey Abrams and the Fair Fight movement in Georgia or Rev. William Barber II and the Poor People’s Campaign, working hard on voting rights reforms. But the movement needs activists from across the country to put pro-democracy reforms at the top of the national agenda.
Journalists have a role to play in this effort as well. The press in the United States exists as it does because the US is a liberal democracy. While journalists may wish to profess a kind of neutral objectivity, it is their duty to openly defend democracy as a first principle of their profession. Doing that effectively requires deep introspection on the ways journalism has been used to nurture and sustain anti-democratic movements in the US.
Democracy does not die in darkness. Nor does it die in violent conflagrations like January 6. It dies of a thousand cuts: the steady push of anti-democratic forces, the timidity of their opponents, the surrendered hopes of pro-democracy groups in the face of a successful opposition. The insurrection was a test that the US is failing, and it will take a broad, sustained and resilient pro-democracy movement to bring the country back from the brink.