Why would the longest-running late-night comedy show — currently in its 46th season — ask Musk to host an episode? Presumably it’s because the show wants to remain relevant. And in defense of “SNL,” it must do that. But the show, where I worked on the production staff for eight seasons, should do better than bestowing that honor on Musk, given his irresponsible statements about Covid-19 and his insensitive comments surrounding the transgender community.
Musk was not just outspoken in undermining the risks posed from the coronavirus, he also publicly slammed the efforts of health officials to save lives form Covid, from calling stay-at-home orders “fascist” to tweeting in April 2020 “FREE AMERICA NOW,” just two weeks after Trump had tweeted in all caps to “LIBERATE” certain states from Covid-related closures.
And in May 2020, when Musk reopened his Tesla car plant in California in defiance of the state’s Covid orders, Trump praised Musk on Twitter, earning a “Thank you!” back from Musk. Last month we learned that more than 400 Tesla employees tested positive for Covid between May and December 2020.
Americans are still dying daily from this very virus that Musk used his platform to wrongfully downplay. In fact, Covid took the life of the show’s beloved longtime music producer Hal Willner in April 2020, with the show honoring him on air with a montage and the tweet, “We Love you, Hal.” Willner died at the same time Musk was spewing an irresponsible bevy of misinformation about the risks posed by the virus. 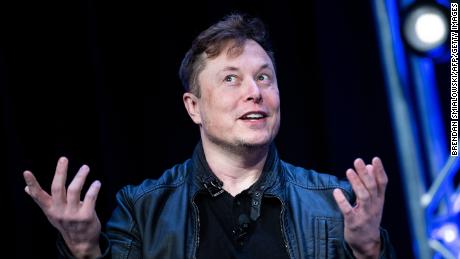 Then there’s Musk’s callousness toward the transgender American community. In December 2020, he caused a backlash for sharing on Twitter a meme viewed as “transphobic” and fueled further controversy when he responded to criticism by tweeting, “I absolutely support trans, but all these pronouns are an esthetic nightmare.”
The Human Rights Campaign, a leading LGBTQ rights organization that had in the past given Tesla an award for fostering equality, called on Musk to apologize and noted that his tweet mocking pronouns “is exactly the opposite of what inclusive leadership looks like today.” Musk never apologized.
Clearly the producers at “SNL” knew all this, yet have apparently chosen to ignore it in the pursuit of ratings and relevance. Musk does boast more than 52 million Twitter followers and a loyal fan base. And “SNL” could use a ratings bump, with its ratings this spring, like cable news, having dropped — typical after presidential election news winds down.
The first “SNL” show after the November election saw a very impressive audience of 9.1 million viewers, a three-year high. In comparison, its most recent live show on April 10, hosted by Oscar-nominated actress Carey Mulligan, garnered only 3.6 million viewers, which has been the average for recent shows.
That said, “SNL” is still No. 1 in terms of ratings for all comedies on network and cable in the advertiser-coveted demographic of 18-49 years old for this TV season — a first for the show in all its years on air. And the show’s social media interactions are up from last year.
Part of the motivation for “SNL” booking Musk, though, is beyond ratings — it’s to get people talking about the show as they did almost every time Alec Baldwin portrayed Trump. With Musk hosting, there will certainly be a tsunami of news stories surrounding the May 8 show. Again, these are legitimate goals in the entertainment industry, but the question is, at what price?
Musk’s comments are not from years ago. All of his Covid comments were made in the past 13 months, where as a nation we saw more than 570,000 of our fellow Americans die from this dangerous pandemic. The pain for families who have lost loved ones is still very fresh and very real. What do you think these families will think about “SNL” for giving a platform to a person who undermined the dangers posed by the very virus that took the life of their family member?
To be clear, this is not about freedom of speech or silencing Musk’s views. He has a massive social media platform and can attract media coverage at will. The question is, does Musk deserve the privilege of hosting the greatest late-night comedy show of our time? The answer is absolutely not.