Trump alumni without independent means are going to need paychecks — especially after some members of the former administration were reported to be having trouble finding jobs following the deadly Capitol riot by Trump supporters on January 6. Randall Lane, the editor of Forbes magazine, bluntly warned employers that if they hired any of Trump’s “fellow fabulists” the publication “will assume that everything your company or firm talks about is a lie.” Politico also reported that former Trumpers faced “bleak” job prospects due to the taint of their association with him.
A handful of Trump loyalists still draw federal salaries because the government provides small staffs for former presidents. And some, like former press secretary Kayleigh McEnany and former White House economic adviser Larry Kudlow, have been given work by Fox News. 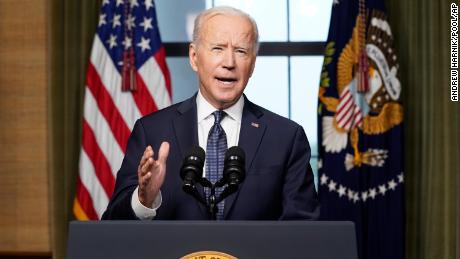 (Kudlow is also listed as vice chair of the America First Institute’s board.) However, few other major hirings have been announced and GOP/Trump insider Armstrong Williams told the Washington Post that “many, many people” saw job offers rescinded after Trump incited the attack on the Capitol.
Given the former president’s entrepreneurial past, it’s no surprise that acolytes who faced dim job prospects decided to create work for themselves. According to the institute’s website, 35 of them have been named to the “team.” (Ivanka Trump and Jared Kushner will reportedly be part-time advisers.) With those millions in start-up money, salaries shouldn’t be a problem. And in true Trump fashion, more than half the folks named to the institute will get fancy titles such as “chair” of this or “director” of that.
But what exactly will they be doing? According to the institute’s site, it will house 15 or more “centers” that will conduct research and “develop policies that put the American people first.” It’s worth noting that Team Trump promised the same thing during his administration, but didn’t get very far. Perhaps as they set to work, the institute’s chairs and directors could come up with the health care plan promised by Trump and never delivered. Or a real infrastructure program to replace the one Trump apparently forgot.
Come to think of it, the institute could fill its entire agenda with ideas that the former president either failed to develop or implement despite big promises. To begin there’s that “big, beautiful” southern border wall that Mexico was supposed to pay to construct. Trump didn’t get it half-way finished and Mexico hasn’t paid a penny. Then there are all those jobs Trump promised to create in manufacturing plants and coal mines. And how about the 4% annual growth in Gross Domestic Product he promised? Maybe the institute could devise policies to make that happen.

The problem for all the thinkers who will populate the America First Institute is that greater Washington, not to mention the country overall, is already very well-served by policy experts. The Heritage Foundation, Brookings, the Kaiser Family Foundation, Center for Strategic and International Studies, Rand Corporation, Center for American Progress, and National Bureau of Economic Research, to name a few, spend hundreds of millions annually on policy research and development. They also count Nobel laureates and other global leaders in their ranks.
At the American First institute one of the best-known names comes with additional controversy attached. John Ratcliffe, who served as Trump’s director of national intelligence for seven months, faced questions about whether he misrepresented his credentials prior to taking the job and while in office declassified unverified Russian intelligence in an apparent attempt to help Trump politically.
A few of the institute’s people, like Lt. General Keith Kellogg, former national security adviser to Vice President Mike Pence, will bring a touch of gravitas to the operation but generally speaking the folks at Rand or Brookings likely have little to fear in terms of academic competition. Besides, some of the topic areas assigned to this team suggests a less-than-serious cast of mind. Among the institute’s “centers” will be one devoted to “media accountability” that will be directed by a former Trump campaign marketing officer with no apparent experience in the media. Likewise, a Center for Election Integrity will be run by a former state trial court judge who lists no election-related expertise in her biographical sketch. Election integrity and media accountability are obsessions for Trump, who is infamous for unsubstantiated claims of voter fraud and countless reckless attacks on the press.
Taken together, the people and the agenda of the new institute suggest that it will serve mainly as a make-work project for needy administration alumni keeping up the pretense that Trump was a successful leader. Much will have to be overlooked, including the former president’s miserable response to the Covid-19 pandemic, his record of lies, and his decisive defeat in his reelection bid.
The team’s commitment to maintaining the mirage of Trump’s “success” — even without mentioning him by name on the site — was apparent as the institute’s president Brooke Rollins announced it was launching to “continue the transformative changes” of the last four years. “We keep the mission going,” she declared in her pop-up video message on the site’s home page.
Heaven help us.