The sketches of life with Trump and his family that Grisham alleges are unquestionably titillating: her claims about the former president’s private interactions with Russian President Vladimir Putin; his concern about his masculine, shall we say, proportions; his puerile attitude toward women.
Then there are the allegations of pretension and power-grabbing by his daughter Ivanka and her husband Jared Kushner — advisers to Trump — along with behind-the-scenes looks at key moments in White House life. All in all, an amusing retrospective of a bizarre presidency.
But Grisham’s stories — and those recounted in a slew of recent books by and about people with front-row seats to Trump’s presidency — are much more than that. They carry enormous weight today as we see Trump and his acolytes laying the groundwork to try to capture the presidency in 2024, apparently at any cost. Viewed in this context, they are dark portents.
When Grisham describes Trump’s “terrifying” rage episodes, one wonders what could happen in another Trump administration, with an even more emboldened president — one who was so frightening to those who served under him, that the country’s top military man, General Mark Milley and the speaker of the House worried he might strike China. (In a forthcoming book by Susan Glasser, Milley is also depicted fearing Trump would provoke Iran to war.)
Grisham is not nearly as well-known as Trump’s other press secretaries because, incredibly, she didn’t hold a single press conference, arguably her principal function in the job. (The book’s title, presumably, is deliberately ironic.) 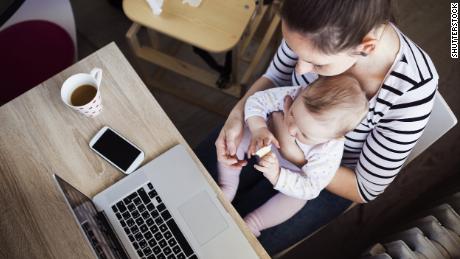 And yet, she spent more time than the other three working with the administration — she joined the campaign in 2015 and resigned after the January 6 attack on the Capitol by Trump supporters — so she accumulated a trove of astounding stories surely enraging the former president. (“Stephanie didn’t have what it takes and that was obvious from the beginning,” he said in a statement Tuesday.)
She offers glimpses into one of the lingering mysteries of Trump’s presidency, his curiously deferential approach to Putin. Despite Trump’s relentless praise, she says, Putin was cold to Trump when they met in Osaka, Japan, for a 2019 G-20 meeting. So, she alleges, Trump kept trying to impress him.
According to Grisham’s account, as the media prepared to enter the meeting room, Trump — who declared it “a great honor to be with President Putin,” even though US intelligence was convinced Russia had been systematically attacking US elections to undermine democracy — leaned over and told Putin, “I’m going to act a little tougher with you for a few minutes. But it’s for the cameras…you understand.”
What’s interesting is what happened later. Click here to refresh your memory. Reporters walked in and asked Trump if he was going to warn Putin to keep his hands off the upcoming election. Trump turned to Putin and said, “Don’t meddle in the election, please.” When Putin’s translator told him what Trump said, the Russian president laughed out loud.
Grisham writes that Fiona Hill, Trump’s Russia adviser, speculated to her that Putin had brought along a remarkably attractive woman as his translator to distract the president.
Perhaps Putin and Hill knew about Trump’s immaturity when it comes to women. In Grisham’s telling, the former president comes across as either a sex-hungry adolescent or a creepy, insecure old man.
When Stormy Daniels, the porn actress who says she had an affair with Trump (which he denies), wrote in her own tell-all book that the president’s penis was “smaller than average” and shaped like a mushroom character in Mario Kart, Grisham says Trump called her from Air Force One to deny this.
Indeed, judging by the allegations in the excerpts, Trump’s was inordinately interested in his manliness and with sexual matters. Grisham writes that the former president asked her boyfriend if she was good in bed. And, in more disturbing behavior alleged of a man who has been accused of sexual misconduct by dozens of women and was caught on tape boasting about grabbing women’s genitals (all of which he denies), Grisham wrote that Trump had his eye on a young press aide, and that he invited her to his Air Force One cabin, allegedly explaining, she wrote, “so he could look at her [behind].” 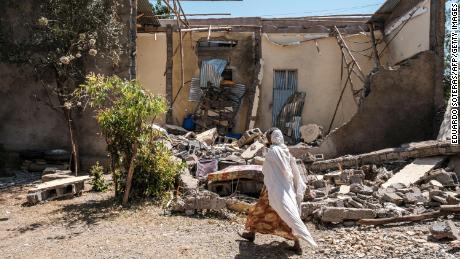 Beyond the sophomoric, Grisham says Trump instilled a culture of lies and deceit. “Casual dishonesty filtered through the White House as if it were in the air conditioning system.”
She writes that he instructed her to “just deny” the accusations by E. Jean Carroll, who has accused Trump of raping her. “That’s what you do in every situation,” Grisham says he told her. “‘Right, Stephanie? You just deny it.'”
And indeed, Trump’s press secretaries delivered falsehoods to the press repeatedly.
Also startling are some of Grisham’s Jared and Ivanka stories. According to the Washington Post, “Grisham writes that Ivanka and Jared tried to push their way into meeting Queen Elizabeth II alongside the President and first lady, a wild breach of protocol on a state visit, but were thwarted when they couldn’t fit into the helicopter.” Recounted Grisham: “I finally figured out what was going on. Jared and Ivanka thought they were the royal family of the United States.”
Ivanka Trump frequently tried to go into meetings where she didn’t belong, the book alleges. (The entire world got to see that often enough.) And Jared steadily accumulated power as Trump disposed of chiefs of staff and other key staff as one would expired “bottles of milk.” White House staffers, Grisham writes, dubbed the two “the Princess” and “the Slim Reaper.”
Not surprisingly, Trump denies the book’s claims. Also unsurprisingly, he does it in sexist, childish, defamatory terms, claiming Grisham had “big problems,” and is acting from an emotional reaction to a breakup.
In a statement provided to CNN, Trump said, “Too bad that sleaze bag publishers continue to report this very boring garbage. We and the MAGA movement are totally used to it. And someday in the not too distant future we will have our voice back and be treated fairly by the press.”
Despite the shock value of the stories Grisham tells, they match closely with revelations from other recent publications. (Has any presidency been followed by such an avalanche of unflattering books and disclosures from administration insiders?)
The mounting evidence is a reminder to American voters about what the country just survived and what still threatens it: a man beset with insecurities and unrestrained by principles, an admirer of dictators, still assaulting the nation’s democracy, and aiming to regain power.