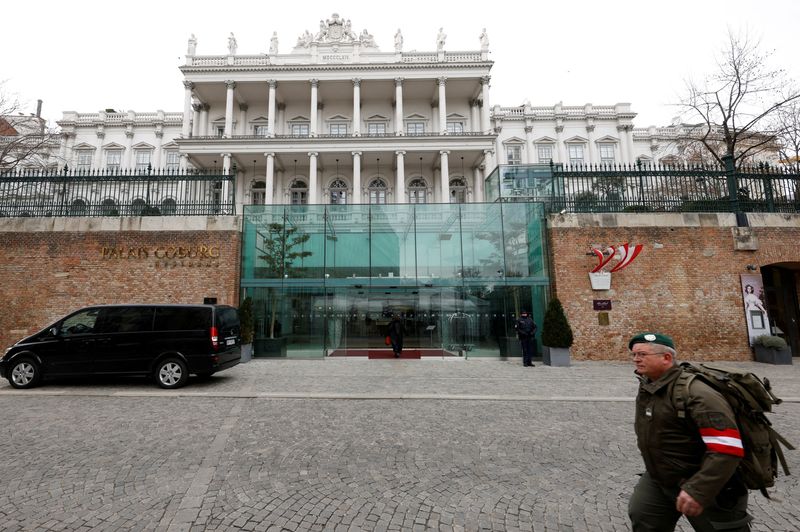 Iran has already taken its political decision by staying in the deal after Washington abandoned it in 2018, spokesman Saeed Khatibzadeh also told reporters in Tehran.

Indirect talks in Vienna between Iran and the United States resumed last week after a 10-day break. Delegates have said the talks have made limited progress since they resumed in November after a five-month hiatus.

“There is no dead end in Vienna. Negotiations are underway as before and exchanges are taking place between the delegations,” Khatibzadeh said.

“What is going on today in the talks is a continuation of important and critical points. Our distance from an agreement depends on the will of the West’s side,” he added.

“If the United States and Europe respond to Iran today – within the framework of JCPOA — we can announce in Vienna tomorrow that we have reached an agreement,” he said, using the acronym for the official name of the nuclear deal, the Joint Comprehenisve Plan of Action.

Khatibzadeh’s assessment came hours after Ali Shamkhani, secretary of Iran’s Supreme National Security Council, said progress in the talks was becoming “more difficult every moment… while Western parties ‘pretend’ to come up with initiatives to avoid their commitments”.

On another issue, Khatibzadeh said a prisoner swap deal with the United States was on the agenda in parallel with the nuclear talks in Vienna.

“But it seems the U.S. has not made a decision on it. Perhaps it is waiting for the results of the talks,” he said.

Iran has in recent years arrested dozens of dual nationals, including several Americans, mostly on espionage charges. It accuses Washington of holding Iranian prisoners allegedly for violations of U.S. sanctions against Iran.

Rights activists accuse Iran of trying to use the detentions to win concessions from other countries. Iran dismisses the charge.