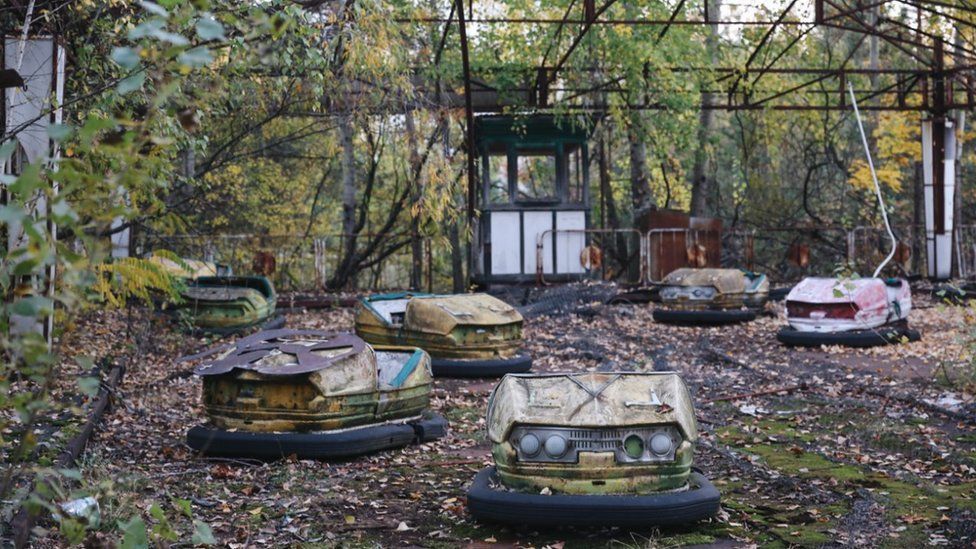 Buildings at the Zaporizhzhia nuclear power station in Ukraine – the largest in Europe – have been damaged after it was hit by shelling.

The attack has prompted world leaders to accuse Russia of acting recklessly – the UK Prime Minister Boris Johnson said it could “directly threaten the safety of all of Europe”.

What happened to the power plant?

Russia attacked Zaporizhzhia with shelling, and later took control of the plant.

Buildings around one of its six power units have been damaged, according to Ukraine’s nuclear inspectorate.

The UN’s nuclear watchdog, the International Atomic Energy Agency (IAEA), says that none of the safety systems at the plant were affected, and there was no release of radioactive material.

How dangerous was the attack?

If a reactor – the device generating energy in a nuclear power plant – and the building housing it are damaged, this could cause the reactor to overheat and a core meltdown.

Radiation could then leak into the surrounding environment.

If people were exposed to this radiation it could cause severe immediate and long term health impacts including cancer.

This was seen in 1986 at the Chernobyl Power Plant in Ukraine – the site of the worst nuclear incident in history.

Could the attack have been ‘another Chernobyl’?

Experts say that although the attack was dangerous, there are important differences between the Chernobyl and Zaporizhzhia plants.

The Zaporizhzhia site is far more secure, according to Dr Mark Wenman of Imperial College London.

He says the reactor is in a steel-reinforced concrete building that can “withstand extreme external events, both natural and man-made, such as an aircraft crash or explosions”.

The Zaporizhzhia plant also does not contain any graphite in its reactor.

At Chernobyl graphite caused a significant fire and was the source of the radiation plume that travelled across Europe.

What happens if the nuclear plant loses power?

“You don’t need to hit directly a plant to get a problem,” says Olexi Pasiuk, deputy director of Ecoaction, an energy pressure group in Ukraine. A disruption to the plant’s energy supply could also cause serious issues.

The Ukrainians were in the process of taking the reactors offline to protect them. Only one of the six reactors operational at the power plant is now thought to be running.

However, reactors cannot just be turned off like conventional energy supplies. They must be cooled slowly over 30 hours, which requires a constant electricity supply to the plant.

A disruption to this energy supply – and therefore the cooling process – could also lead to radiation leakage.

This could happen if nuclear fuel exceeded its melting point and radioactive materials broke through the containment facilities.

Prof Claire Corkhill, a nuclear materials expert at University of Sheffield, says the worst-case scenario would be a loss of cooling similar to that at Japan’s Fukushima plant following the 2011 tsunami.

In that case a loss of power led to a loss of cooling, which caused a meltdown in three of its nuclear reactors.

How many nuclear power plants are there in Ukraine?

The Ukraine invasion is unusual because it is a conflict in a country with significant nuclear power.

There are four major nuclear plants in Ukraine, and the now-retired Chernobyl.

Russia has control of Zaporizhzhia and Chernobyl and it is approaching a third site – the South Ukraine nuclear power plant.

There are also smaller plants and radioactive disposal sites which store waste material from nuclear power operations across Ukraine.

Ukraine’s nuclear inspectorate, said no radiation leaks were reported and the plant was not directly damaged.

Why does Ukraine need nuclear power?

In 2014, Russian-backed separatist groups took control of the large coal-producing region of Donbas in the south.

Before that point, coal had provided 41% of the country’s energy and the country looked to nuclear and renewable energy to make up the shortfall.