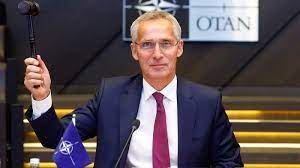 The next NATO leaders summit will take place in Vilnius on July 11-12, NATO said on Wednesday.

The summit will be held for the first time in Lithuania and will focus on “strengthening the Alliance’s collective defence and deterrence and on increasing support for Ukraine,” according to a NATO press release.

“It is expected that Finland and Sweden will participate in the summit as full-fledged members of the Alliance for the first time in Vilnius,” NATO said.

Finland and Sweden both announced their intention to join NATO in May following Russia’s invasion of Ukraine, in a historic policy shift after decades of military non-alignment.

NATO formalized its invitation to the two countries on July 29, after Turkey dropped its long-standing opposition a month earlier, removing a major hurdle to Finland and Sweden joining the alliance.

The ratification process usually takes about a year, as the parliaments of all individual 30 NATO countries need to approve new members.