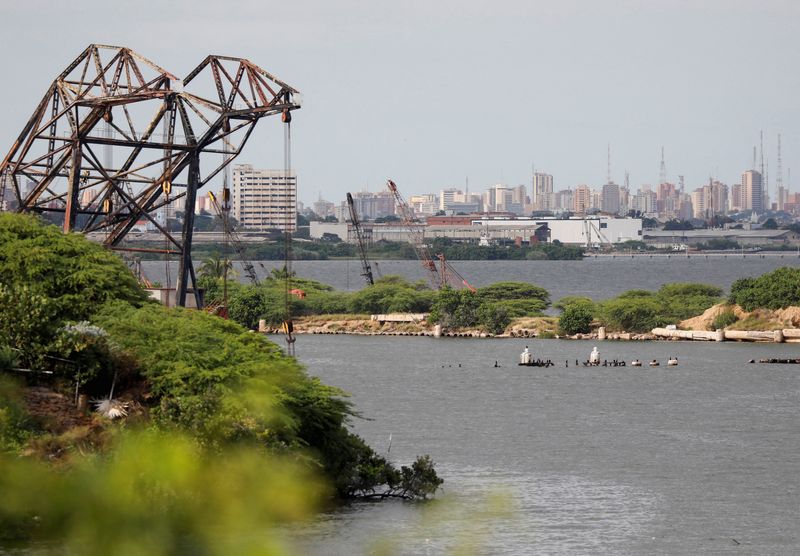 Pirela traveled with his four-year-old son Daniel, joining a flood of emigrants emptying neighborhoods in Zulia, the top departure point for Venezuelans leaving their crisis-striken homeland.

“The people I know who have left the country are almost too many to count,” Pirela, 48, said from his new home in Austin.

The number of Venezuelans detained by U.S. authorities on the southern border soared to 47,762 in the year to September, versus just 1,262 in the year-earlier period, according to U.S. Customs and Border Protection.

Hundreds of Zulians are leaving each month, advocacy groups say, though there are no official migration figures for any of Venezuela’s 23 states.

The state has historically been more insulated from economic hardship because of the oil industry, but that has been walloped by U.S. sanctions targeting the OPEC member, cutting off much-needed income.

Reuters spoke with eight families who fled Zulia in the past two months because of lack of public services, medicines and jobs.

Abandoned houses and buildings are increasingly common in Maracaibo, home to 1.7 million inhabitants, according to current and former residents.

In 2018, half of households in Zulia already had at least one relative living abroad but since 2019 that number has risen to 70%, according to the Zulia Human Rights Commission (CODHEZ), a non-governmental organization.

Zulia, at the end of national transmission lines for water and electricity, suffers more frequent outages than other parts of Venezuela, residents say.

Even those with jobs are so poorly paid that living costs are prohibitive – especially for imported or smuggled food.

Carmen Ortega, 74, cares for her eight grandchildren with what she earns as a street cleaner.

“We’re in extreme poverty,” Ortega said at her dirt-floored home, constructed out of cans. “We have two of the girls begging on the street. They bring a bit of bread; people give them flour.”

The children’s mother is unemployed and their father has left for Colombia. Ortega said the family have to start the day without food or coffee.

Venezuela’s monthly minimum wage is equivalent to just $3. Inflation reached 631% from January through November, according to the central bank.

Approximately 850 people per week crossed to Colombia from Zulia before the coronavirus pandemic, with about half returning after making purchases of medical supplies or other goods, according to Juan Restrepo, president of the region’s largest transportation union.

The United States is the ultimate destination for many.

Under pressure from Washington to stem the rise in Venezuelans entering the United States illegally across the southern border, Mexico announced last week it will impose visa requirements https://www.reuters.com/world/americas/mexico-impose-visa-requirements-venezuelans-2021-12-17 for them to enter the country, though it is unclear when the measure will take effect.

Jose Amaya’s family made a hole in their outdoor patio to bury his brother.

“The funeral home will do it all for $170 but we don’t have the resources,” he said.

To get his family to Austin, Pirela sold his car and withdrew pension benefits. That was enough to send his wife Daniela Mendoza, 31, and 12-year-old daughter Paula by airplane from Colombia.

Next, he sold his appliances and took out all his savings to get himself and Daniel on a series of flights north to Monterrey, Mexico.

A people smuggler, charging him $4,400, took them to a small building housing some 30 other Venezuelan migrants, about a third of them from Maracaibo, Pirela said.

The next morning, the group was driven seven hours north to the border, hiking some fifteen minutes to cross the Rio Bravo on foot and enter the United States.

He was met by migration officials and the next day was enrolled in a Department of Homeland Security program that allows migrants’ release with an ankle monitor, handing over his passport and giving his fingerprints.

Pirela has so far had one check-in appointment with Immigration and Customs Enforcement, the first in what he says may be a long process to legalize his status. His next appointment is in February.

“Now I’m with my family, the reunion was beautiful,” said Pirela, adding he what he wants most is a work permit.

“I have to wait because I want to do things right.”