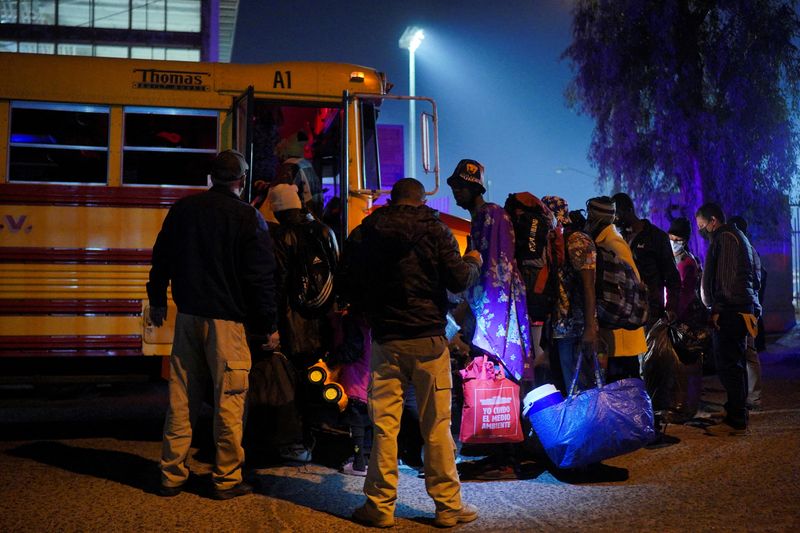 MEXICO CITY (Reuters) – A new wave of migrants is arriving at the Mexican border due south of the United States after U.S. judges ordered the resumption of a policy that requires migrants to wait in Mexico for the resolution of their asylum cases.

Denouncing the lack of shelter space, activists told Reuters on Tuesday that the “Remain in Mexico” program, formally known as the Migrant Protection Protocols (MPP) launched by former U.S. President Donald Trump, is partly responsible for hundreds of new arrivals.

“This is just the beginning,” said Tomas Diosdado, director of the Alfa y Omega migrant shelter in Mexicali, a city just across the border from Calexico, California.

Diosdado said some 750 Haitian migrants have arrived in Mexicali over the past couple weeks, attracted by the MPP resumption. Many wrongly think they will now be allowed to enter the United States, he added.

On Monday, a U.S. court rejected the latest attempt by the administration of President Joe Biden to end his predecessor’s controversial policy.

Biden, nearly one year into his presidential term, campaigned on a pledge to reverse many of Trump’s hard-line immigration policies.

Hundreds of mostly Haitian migrants have also been arriving to the Mexican border city of Tijuana, just south of the U.S. city of San Diego, as well as Ciudad Juarez, across from El Paso, Texas, according to the activists.

Last week, U.S. authorities returned the first migrants under the resumed program to Ciudad Juarez, and by Tuesday the number sent there reached 113, according to data from the United Nations’ International Organization for Migration.

If the Mexican government does not provide more shelter for the returned migrants, the influx will expose more to violence and other hardships like hunger and illness, said Jose Garcia, head of the Juventud 2000 migrant shelter in Tijuana.

He said he will work to set up a migrant camp on the border for Haitians, who he said are currently forced to wander the city and sleep on the street.

Under the original 2019 program, some 70,000 migrants seeking asylum were forced to wait weeks and sometimes years in Mexico for a U.S. court date instead of being allowed to await their hearings in the United States.

Neither the U.S. nor Mexican governments has clarified how long the latest iteration of the program will last.