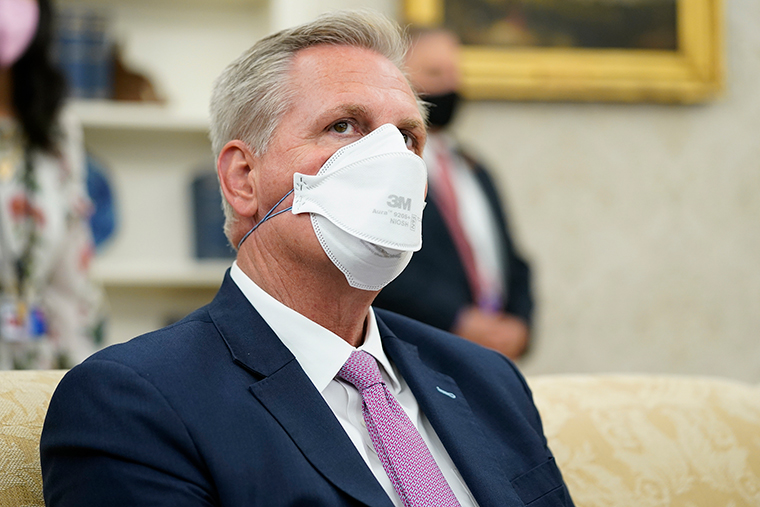 While meeting with reporters after his meeting at the White House, House Minority Leader Kevin McCarthy rejected the idea that members of his conference were questioning the results of the election in the wake of the vote to oust Liz Cheney as GOP conference chair.

“Well, first of all, the conference will decide but I don’t think anybody is questioning the legitimacy of the presidential election. I think that is all over with sitting here with the President today,” he said.

McCarthy’s answer was a response to a question about Rep. Elise Stefanik potentially being named the next House GOP conference chair. Stefanik objected to the 2020 election results and supports a controversial ongoing audit of election results in Maricopa County by a private firm in Arizona.

Ahead of the vote to remove Cheney as conference chair, Cheney told GOP members, “We cannot let the former president drag us backward and make us complicit in his efforts to unravel our democracy. Down that path lies our destruction, and potentially the destruction of our country.”

Despite today’s comments, McCarthy continues to support Trump, and his lies about the election being stolen.

As recently as Monday, Trump blasted out a press release saying “If a thief robs a jewelry store of all of its diamonds (the 2020 Presidential Election), the diamonds must be returned. The Fake News media refuses to cover the greatest Election Fraud in the history of our Country. They have lost all credibility, but ultimately, they will have no choice!”