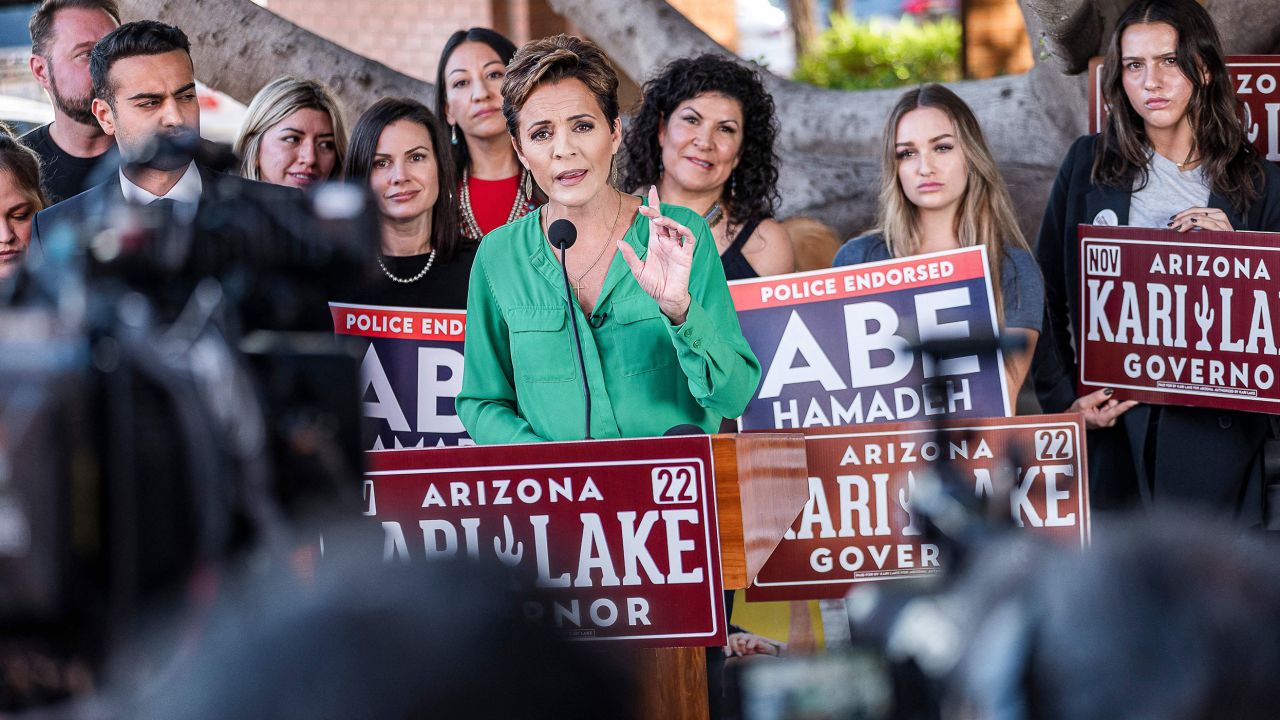 Judge Peter Thompson ruled that the majority of the claims Lake made in her initial complaint – 8 out of 10 – would be immediately dismissed. The motion to dismiss hearing in Maricopa County did not present evidence or witness testimony. But on two of the counts, the judge found Lake should be allowed to proceed to a trial to attempt to prove intentional misconduct that resulted in her loss.

Lake lost to Democrat Katie Hobbs, the secretary of state, by about 17,000 votes.

The judge narrowed one allegation involving the printers on Election Day, allowing the Lake campaign to present evidence to back her claim that a Maricopa County employee had interfered with Election Day printers resulting in her losing votes.

The judge will also allow the Lake team to present evidence that Maricopa County violated its election manual regarding ballot chain of custody. The Lake campaign claims an unknown number of ballots were added, resulting in her loss. The judge called this claim a dispute of fact, rather than law, so Lake should be allowed to present her evidence in court.

Despite most of her lawsuit being dismissed, Lake tweeted, “Our Election Case is going to trial. Katie Hobbs attempt to have our case thrown out FAILED. She will have to take the stand & testify.”

She added: “Arizona, We will have our day in court!”

Lake has been tweeting out links to a fundraising site, urging followers to send money to support her legal effort.

The judge also ruled that Hobbs could be called to testify in her capacity as secretary of state, an office she’ll hold until she is sworn in as governor.

Democratic attorney Marc Elias, whose legal team is representing Hobbs, framed the court decision as a victory, pointing out that most of the claims were dismissed and that a higher hurdle lies ahead in the trial. “Proving intentional wrongdoing and that it affected the outcome of the election will be impossible for Lake,” Elias tweeted.

Arizona law mandates a strict timeline on election-related lawsuits. The judge ordered a two-day trial to begin before January 2.