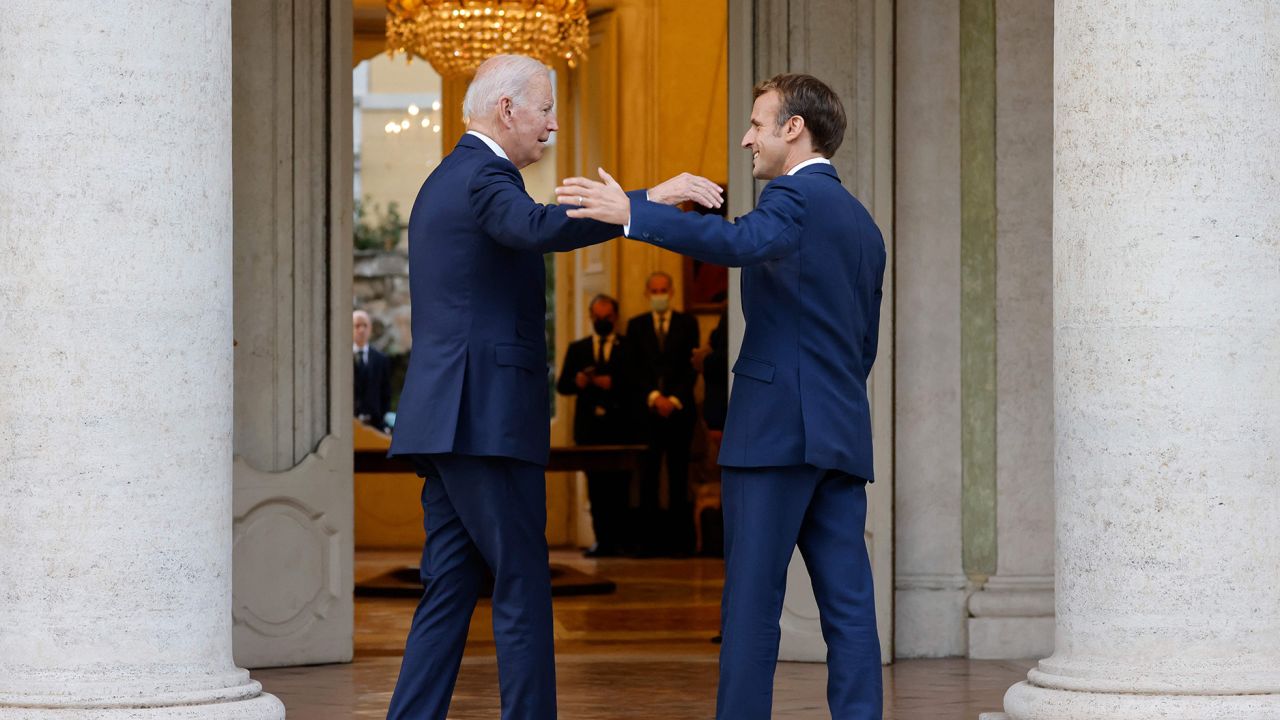 US President Joe Biden will spend Thursday taking part in a flurry of events as part of his first state visit since taking office, welcoming the arrival of French President Emmanuel Macron and his spouse, Brigitte Macron.

The Macrons’ trip to the White House marks their second time as the guests of honor for a state visit, having first done so during Donald Trump’s administration in 2018. Thursday’s agenda is filled with formal fanfare, with a list of events expect to highlight the strength of the critical relationship between the US and its oldest ally.

The Macrons’ return for another state visit also follows a dramatic bounce-back in US-French relations compared to just a year ago, when Macron took the extraordinary step of recalling his ambassador to Washington over a US-Australia submarine deal that blindsided the French and cost them a multi-billion dollar defense contract. The riff appears to largely be behind them, and Biden and Macron have deepened their ties even more over the last year in their united efforts to combat Russia’s war on Ukraine.

“Throughout all of these events, you can expect to see on display both our long-shared history as allies, as well as our deep partnership … on the most urgent global challenges of today and tomorrow,” White House national security council spokesperson John Kirby told reporters Monday. “While there are specific areas where we anticipate will make progress during this visit, I want to stress that this visit really largely serves as a celebration of the strong footing of this relationship: one that is well-rooted in our history, from the very beginnings of our country, while also oriented squarely toward the future – and it’s a very dynamic, exciting future that we’re looking forward to.”

The bulk of events surrounding Macron’s state visit will begin on Thursday, starting with the official arrival ceremony at the White House on Thursday morning with Biden, Vice President Kamala Harris, first lady Jill Biden and second gentleman Doug Emhoff. From there, Biden and Macron will hold bilateral discussions. The two leaders are slated to hit on a number of issues including topics of common interest – such as Ukraine, Iran and China, before taking part in a joint press conference.

“I fully expect, in the larger capacity here, that the issue of China will be very high on the agenda over the next couple of days with President Macron here,” Kirby told reporters on Wednesday.

US and French officials do not expect the visit to yield any major deliverables, but both sides see it as an opportunity for the two countries to deepen their partnership on a slew of global challenges. The two sides will also advance working group discussions that were launched in the wake of last year’s submarine affair to step up cooperation on space, cyberspace and energy issues.

Still, there are areas of disagreement that are expected to come up.

One of the biggest points of tension will be over billions of dollars in electric vehicle subsidies included in the Inflation Reduction Act, which applies only to those manufactured in North America. Macron has slammed the measure as protectionist and French officials said he intends to raise the issue in meetings with Biden and congressional leaders.

On Thursday, Jill Biden and Brigitte Macron are also scheduled to visit Planet Word, a language-focused museum in Washington. A French official has also said that President Macron is expected to attend a lunch at the US State Department and meet with a bipartisan group of congressional lawmakers.

Thursday evening, the Macrons will return to the White House for the first state dinner of the Biden administration. French guests include film director Claude Lelouch, Louvre Museum Director Laurence des Cars and LVMH CEO Bernard Arnault, according to the French official.

The White House has not unveiled who they have invited to attend Thursday evening’s lavish dinner, but said in a preview that New Orleans native Jon Batiste will perform musical selections.

On Wednesday, Harris welcomed President Macron to NASA to celebrate the cooperation of both nations in space. The first family also held a private dinner with the Macrons ahead of Thursday’s formal state dinner.

During the last leg of their US visit, the Macrons will travel to New Orleans on Friday to highlight new efforts to expand French language education in the US.