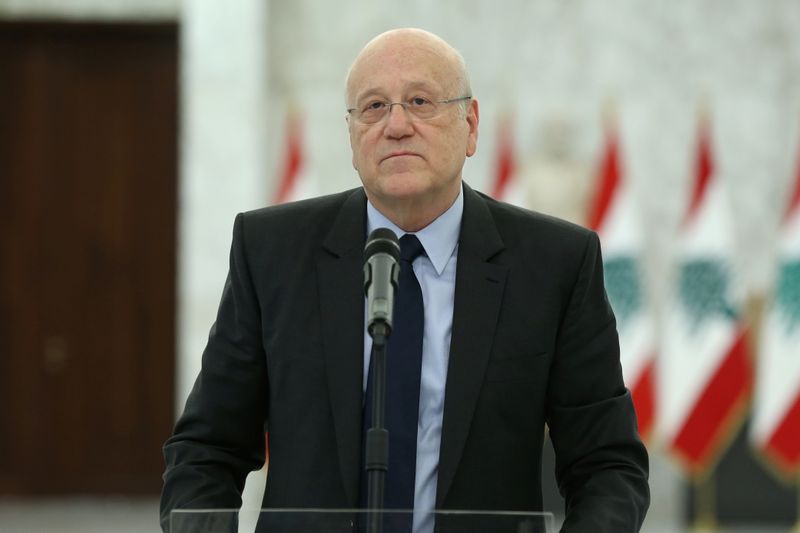 BEIRUT (Reuters) – Lebanon’s Prime Minister-designate Najib Mikati said on Friday he still had to overcome major hurdles to forming a new government, amid a deep economic and political crisis that has left the country with a caretaker administration for a year.

Forming a government is a necessary first step to secure international support to help pull Lebanon out of its deepest crisis since its 1975-1990 civil war. The currency has collapsed, while medicines and fuel are running out.

Hassan Nasrallah, the leader of Hezbollah, a heavily armed Shi’ite movement back by Iran and under U.S. sanctions, has said Iranian fuel shipments were on their way to help ease shortages.

Asked about Nasrallah’s comments, Mikati said he was against anything that would harm Lebanon’s interests.

“We will not let anyone lead us to new sanctions,” he said. “But I tell the critics and the Arab League give us a candle, we can’t say no to the shipment without having an alternative.”

The prime minister’s post is held by a Sunni according to Lebanon’s sectarian power-sharing system.

Lebanon has been run by the caretaker government of Prime Minister Hassan Diab, who resigned with his cabinet after a massive Beirut port blast ripped through the capital a year ago.