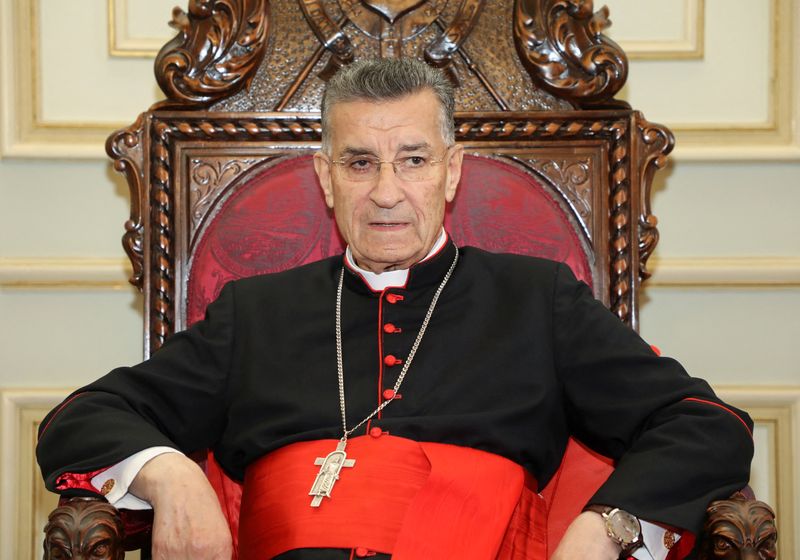 BEIRUT (Reuters) – Lebanon’s senior Christian cleric called on Wednesday for the government to agree a plan with the International Monetary Fund to save the country from financial collapse and said elections should be held on time later this year.

The Lebanese government began a new round of talks with the IMF last month in the hope of securing an agreement – something Beirut has failed to achieve since the crisis erupted in 2019 and pushed a majority of the population into poverty.

Speaking on the occasion of Saint Maroun Day, Patriarch Bechara Boutros Al-Rai said the government must accelerate reforms and “agree with the IMF on a plan that saves Lebanon from collapse”.

An IMF deal is widely seen the only way for Lebanon to unlock foreign aid it needs to get out of the crisis, which came to a head when the economy collapsed under huge public debts caused by decades of state corruption and mismanagement.

Rai also said a parliamentary election scheduled for May should be held on time. The new parliament is due to elect a head of state later in the year to replace President Michel Aoun.

Aoun and other leaders have said they are committed to holding the May polls.

However, analysts say some parties, including allies of the powerful Iran-backed Shi’ite Hezbollah group who together with it have a parliamentary majority, could face setbacks in the election, the first since the financial collapse.

Rai exercises influence in Lebanon as the head of the Maronite church, from which the head of state must be drawn under a sectarian power-sharing system.

Rai is a critic of Hezbollah, saying it has harmed Lebanon by dragging it into regional conflicts where the group has supported Iran and its regional allies as they compete for influence with Sunni-led Gulf Arab states.

Rai reiterated his call for Lebanon to adopt a position of “positive neutrality” in its foreign relations.