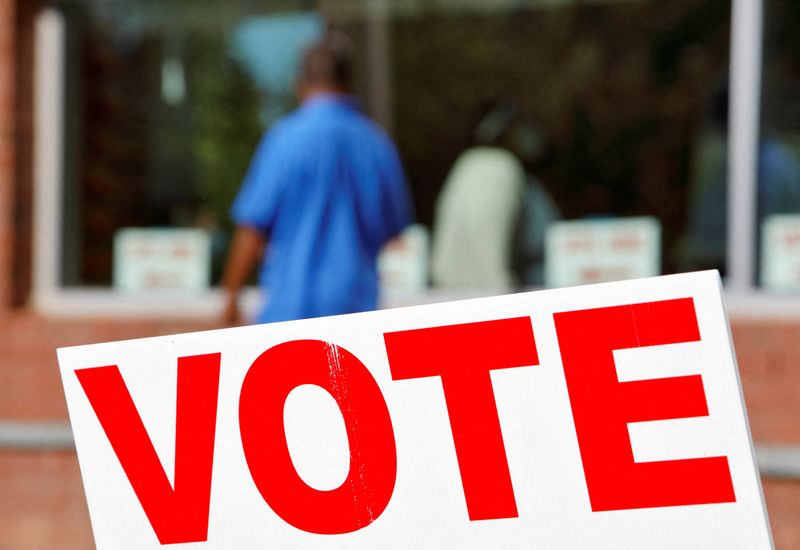 By Joseph Ax and Jason Lange

Thirty-one states have finalized new congressional maps as part of the once-a-decade redistricting mandated by law. Along with six states that each have only one district, 308 of the 435 seats in the U.S. House of Representatives now have boundaries in place for November’s midterm elections.

In 2020, there were 62 districts in those states where the margin in the presidential election was within 10 percentage points, according to the analysis. Under the new maps, that figure drops by one-third to 41.

The erasure of competitive districts is damaging to democracy in multiple ways, electoral experts say.

Congress is already deeply divided, with major legislation frequently drawing support or opposition strictly along party lines. If the fear of losing in the general election is gone, candidates are more likely to move toward the ideological extremes to secure their party’s nomination.

With so many elections predetermined before a ballot is cast, voters – particularly in the minority party – can feel effectively disenfranchised.

“When politicians draw lines that lock in the winners for the rest of the decade, it creates a disillusionment among voters that elections may not matter, because our voices won’t be heard,” said Kathay Feng, the national redistricting director for the good government group Common Cause.

And without the political middle represented in Congress, “you end up with a dysfunctional body,” she said.

Political gerrymandering – the manipulation of district lines to entrench one party in power – has become increasingly weaponized by both parties in recent years, helped along by advances in data and mapping technology. Republicans have used the practice more effectively, however, after making major gains in statehouses in 2010.

Even before this redistricting cycle, close to half of U.S. House races were determined by margins of more than 30 percentage points.

The elimination of swing districts is especially marked when looking only at states where one party held unfettered power over redistricting.

In Texas, there were 14 congressional districts in 2020 where Joe Biden and Donald Trump were separated by fewer than 10 percentage points. The state’s new Republican-drawn map includes only three such districts, leaving 35 seats where the outcome is all but assured before November’s election ever takes place.

New York Democrats last week approved an aggressive map that eliminates three of the state’s five competitive seats in order to give Democrats the edge in a whopping 22 of 26 districts.

Thus far, neither party has emerged from redistricting with a significant edge. Republican-controlled Florida, which has 28 seats, has not completed new lines, and lawsuits in several states could force changes to their maps.

The Reuters analysis relied on PlanScore, a mapping tool developed by the non-partisan Campaign Legal Center, as well as voting totals calculated by the Atlas of U.S. Presidential Elections. The calculations exclude Kentucky because full precinct-level voting data could not be obtained.

A lack of competitive races may decrease voter turnout and lessen investment in voter outreach by the national parties in many parts of the country, electoral experts said.

Voters who turn out in primary elections tend to be further left or right than the general electorate. As a result, candidates in heavily partisan districts are incentivized to cater to their base.

“Probably the biggest effect is you really pull the rug out from under centrists in both parties,” said Mark Jones, a political science professor at Rice University in Houston. “All the candidates have to worry about is winning the primary.”

In Texas’ 3rd district, for instance, which Trump barely carried over Biden in 2020, two-term Republican congressman Van Taylor won by a double-digit margin in part by touting his bipartisan credentials.

Now, however, his vote last year in support of creating an independent commission to investigate the Jan. 6 insurrection at the U.S. Capitol by Trump supporters has prompted a right-wing challenge from a former county judge, Keith Self.

Republican legislators redrew the district to make it safer, transforming it from one that Trump won by a single percentage point to one he would have carried by 14. But it may also provide more of an opportunity for Self, who has argued that Taylor is not sufficiently loyal to Trump.

Texas on March 1 holds the country’s first primary of the 2022 midterm election cycle.

In Illinois, Democratic lawmakers pushed through an aggressively gerrymandered map that aimed to secure 14 of the state’s 17 seats. The plan merged two northern Republican districts into one heavily conservative area, prompting incumbent Adam Kinzinger, a moderate who drew Trump’s ire for voting to impeach him, to retire.

In southern Illinois, the map also placed moderate incumbent Rodney Davis in a much more Republican district. Republican Congress member, Mary Miller, a far-right Trump supporter with a penchant for controversy, has announced she will take on Davis in the primary after her own district was merged with another.

Trump has already endorsed Miller, in part because Davis – who had represented a swing district – voted to certify the 2020 election results.