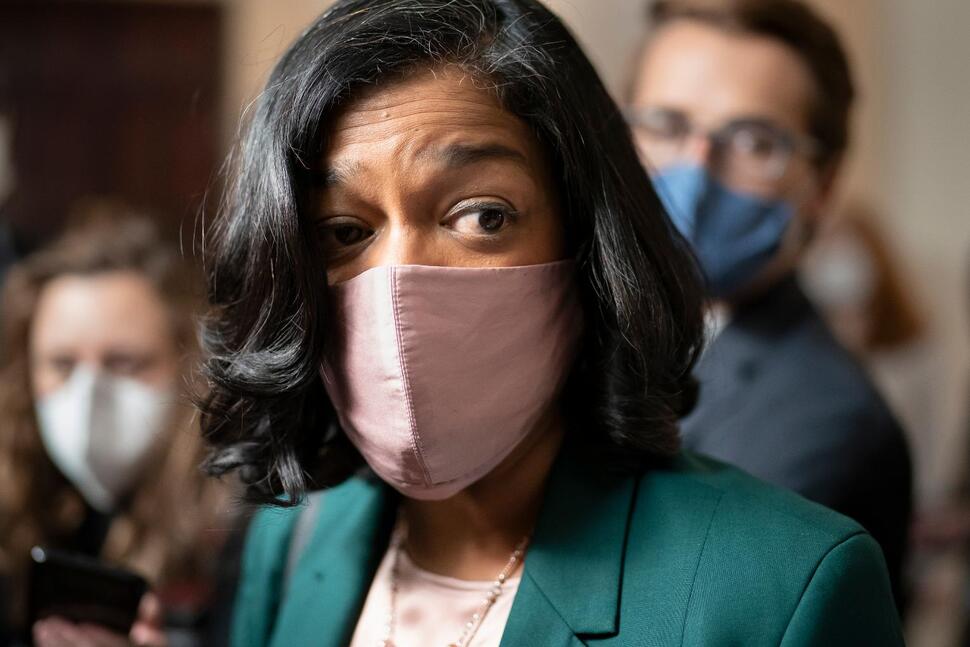 WASHINGTON (AP) — Two U.S. congresswomen renewed demands Tuesday for U.S. Customs and Border Protection to provide a formal apology and release records in connection with the January 2020 detainment of 200 Iranian Americans at the U.S.-Canada border.

Reps. Pramila Jayapal and Suzan DelBene, both of Washington state, sent a letter to the federal agency, requesting a public apology and renunciation of the hourslong detainment of travelers with links to Iran as they crossed the border from Canada into Washington in the days following a U.S. drone strike that killed a top Iranian general.

“Men, women and children legally entering or returning to the United States at a designated port of entry should not be arbitrarily held and questioned solely based on their religion, ethnicity, or national origin,” the lawmakers wrote.

Many of those detained in the days after the killing of Gen. Qassem Soleimani were U.S. citizens and some had even been cleared to participate in a program for trusted travelers.

At the time, CBP said it had not targeted Iranian-Americans based on their country of origin or issued any such directive to its officers. Instead, the agency blamed the detainments for as long as 12 hours on reduced staffing because of the holiday season and increased traffic.

But a month after the incident, then-CBP acting commissioner Mark Morgan said that border officials in Washington state “got a little overzealous” when they detained Iranian and Iranian-American travelers following the drone strike.

He added, “we corrected that right away.”

But Jayapal and DelBene are asking for more recognition and details of the detainments that took place between Jan. 5-6 as the U.S. was teetering on the brink of a war with Iran.

The letter makes the request for a formal apology from CBP in response to a Jan. 5, 2020 tweet in which the agency denied that Iranian Americans were being subjected to increased scrutiny in the screening process.

The Democratic lawmakers also ask for the “prompt publication” of an internal report that described what took place at the border crossing on those days. And finally, the letter asked for the agency to hold a press conference “to publicly renounce their actions, and commit to changes moving forward.”

The deadline stated for these requests is Jan. 5, 2022, the second anniversary of the detainments.

“In conjunction with the Iranian community, we eagerly await the development and release of a corrective action plan to assure that these events do not recur,” the letter read.