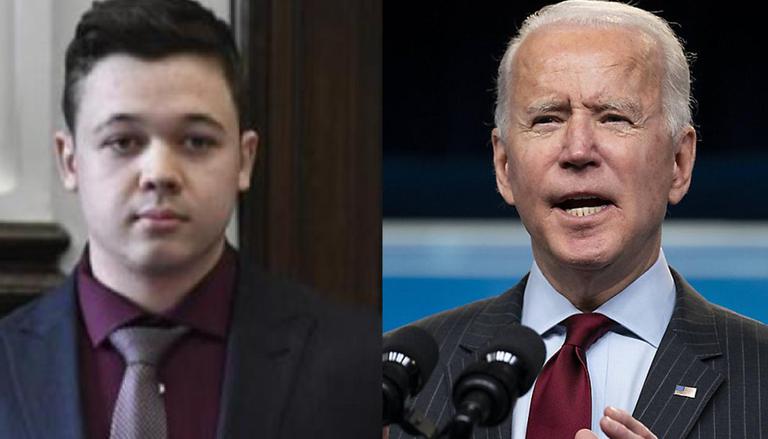 18-year-old Kyle Rittenhouse, who was acquitted of murder last week, has accused US President Joe Biden of defaming him by linking him to white supremacists.

18-year-old Kyle Rittenhouse, who was acquitted of murder last week, has accused US President Joe Biden of defaming him by linking him to white supremacists. On Friday, November 19, Rittenhouse was acquitted of all charges in the Kenosha shooting case after a jury declared him not guilty of all counts. Speaking to Fox News, Rittenhouse advised President Biden to watch the trial and comprehend the facts before making a statement. To say something like that is pure malice and defamation of my character, he further stated condemning the US President’s remarks.

The teenager also claimed that he is not a racist and he supports the Black Lives Matter movement. He remarked that it was a disgrace to see people spreading misinformation about his case. It should be noted here that Biden had used the term “white supremacist” following a presidential debate in September 2020. This phrase was used by him after former President Donald Trump had refused to condemn right-wing violence, advising the Proud Boys to “stand back and stand by,” Fox News reported.

My case had nothing to do with race’: Rittenhouse

While speaking to Fox News, Rittenhouse revealed that he aims to become either a nurse or lawyer and stated that his case had nothing to do with race but rather it had to do with the right to self-defence. Earlier, former US President Donald Trump had congratulated Rittenhouse on his acquittal. “Congratulations to Kyle Rittenhouse for being found INNOCENT of all charges. It’s called being found NOT GUILTY—And by the way, if that’s not self-defense, nothing is! (sic),”  Trump said in a statement shared by his spokesperson Liz Harrington on Twitter.

It should be mentioned here that Rittenhouse was cleared of all charges after pleading self-defence in the tragic Kenosha killings that became a watershed in the nation’s debate over guns, vigilantism, and racial injustice, AP reported. The jury gave the verdict on November 19, after over a month of deliberation. The youngster could have faced life imprisonment if found guilty of the most serious accusation against him. The charges levelled against him included homicide, attempting homicide, and recklessly endangering safety for killing two individuals and wounding a third with an AR-style semi-automatic weapon. The shootings had taken place in the summer of 2020 during a demonstration over police violence against Black people.