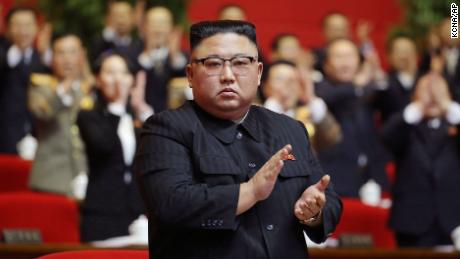 Share
Tweet
Share
Share
Email
Comments
The position was created in January as part of a revision to the rules of the Workers’ Party of Korea (WPK), the communist political organ that rules the secretive country.
It is unclear who has filled it.
Experts believe it could be vacant or occupied by Jo Yong Won or Kim Tok Hun, two of the most powerful men in North Korea’s government. Jo, who is in his 60s and believed to be one of Kim Jong Un’s longest-tenured and most-trusted aides, serves as the secretary of the WPK’s central committee. He is often photographed alongside the young North Korean leader. Kim Tok Hun is the premier of North Korea’s government.
Jo and Kim have, according to North Korean state media, chaired meetings or conducted official visits across the country this year that previously would have likely been handled by Kim Jong Un.
Analysts believe that only members of the Politburo Standing Committee, the upper-most echelon of the WPK, would be eligible for the new role. That means Kim’s powerful sister, Kim Yo Jong, is probably not the person tapped for the role, according to Lim Eul-chul, a professor at Kyungnam University’s Graduate School of North Korean Studies
Though Kim has influence “comparable to the second-most powerful person in North Korea,” she does not occupy a high rank in the WPK, Lim noted.