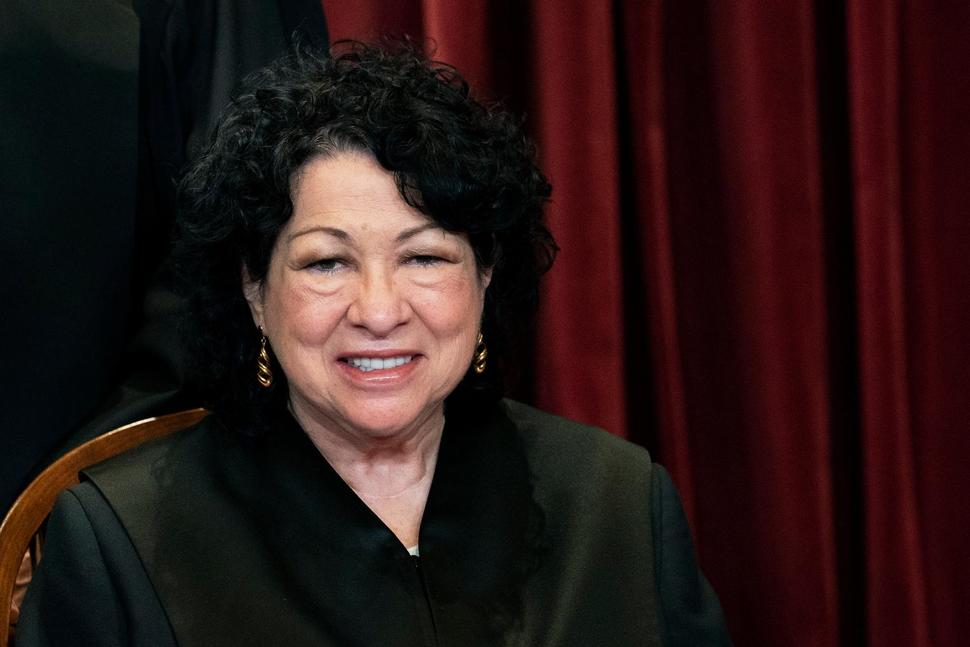 Supreme Court Justice Sonia Sotomayor says Americans should think critically about how they want police to interact with citizens.

Sotomayor said that what “we as a society accept in the name of justice” is an “incredibly important topic of discussion.”

And, she said, “it’s one that people should not discuss or think they need to discuss as a ’Do I respect the police or not?’ It has nothing to do with respect for the police or not,” she said in an interview made public Thursday evening.

Sotomayor did not discuss or reference any specific police incident. But her comments came a month after former Minneapolis Officer Derek Chauvin was convicted in the death of George Floyd and a week after the announcement of a $10 million settlement for the family of Andre Hill, a Black man who was fatally shot by a white Columbus, Ohio police officer. This week, meanwhile, a North Carolina prosecutor said sheriff’s deputies were justified in the fatal shooting of Andrew Brown Jr., whose shooting had also sparked days of protests.

Sotomayor went on to say: “It’s a question about what do we, as society, how do we as a society want the police to interact with us? And not just to say, with Black people, or brown people or Asian people or even white people, but all of us. Because the parameters we set will apply to all of us at some point.”

Sotomayor made the comments as part of a talk with Rabbi Lyle Fishman of the Ohr Kodesh Congregation in Maryland, just outside Washington. The conversation between the two was pre-recorded and made public to the congregation and community Thursday evening via Zoom.

“All of us are dealing with the difficult subject of abuse of power in our society today,” Fishman said, before asking Sotomayor to talk about the difficulty particularly for “young people of color living in a world with serious inequality of law enforcement.”

Sotomayor responded to a range of other questions. She talked about being seen as a role model and the importance she places on talking to students and on civic education. Fishman also asked her about affirmative action, a topic last considered by the court in 2016 and which the justices will have to decide whether to confront again soon. Sotomayor, the court’s first Hispanic justice and a graduate of Princeton and Yale, has described herself as the beneficiary of affirmative action.

“I think that my own personal feeling is, if you make judgments based on absolute criteria, you’re not going to find the best people. If you ask the school to accept students who have a GPA of X… and nothing less, you may very much miss the Beethovens … How about the kids who are wonderful in science, but horrible in everything else? … We have to judge people as individuals because once we stop doing that, we give up so much richness in our world,” Sotomayor said.

Sotomayor also said that for her, the essence of judging is about being principled. She mentioned an often-repeated analogy Chief Justice John Roberts made during his 2005 confirmation hearing in which he said judges should be like baseball umpires, impartially calling balls and strikes. Sotomayor, a baseball lover and Yankees fan, suggested she doesn’t quite buy the analogy.

“His analogy left out one important ingredient which is figuring out where the strike zone is … requires a value judgment,” she said. “That’s why, you know, different umpires have different strike zones and what they all try to do is to stay within the parameters of the strike zone that their eye gives them.”