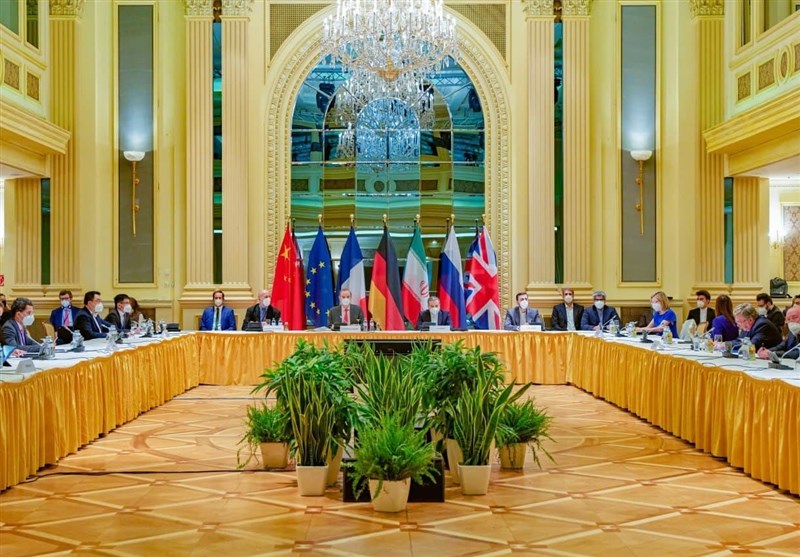 The Joint Commission of the Joint Comprehensive Plan of Action (JCPOA) held a meeting in the Austrian capital on Wednesday evening to evaluate the latest status of the negotiations aimed at reviving the nuclear deal.

The meeting, attended by the heads of the negotiating teams of the JCPOA member states, was held at Vienna’s Grand Hotel following more than a week of bilateral and multilateral talks at different levels.

All the delegations expressed pleasure with the progress made so far, and once again underlined their determination and seriousness to pursue the negotiations in the coming days with the purpose of finding solutions to a number of issues which have yet to be settled.

During the meeting of the JCPOA Joint Commission, the participants agreed to continue their contacts and talks at the level of experts, according to the Iranian Foreign Ministry’s website.

They also agreed that the heads of delegations go back to their capitals for a few days for consultations, and then resume the talks in coming days.

In comments before the meeting, head of the Iranian team Abbas Araqchi said there were still sticking points in the Vienna talks, but all parties agree that the issues of dispute are not irresolvable and could be worked out.

“However, the details are also important and so are our established positions that need to be observed,” he added.

“Today we will have a final meeting of the (JCPOA) Joint Commission, after which the delegations will return to their capitals,” Araqchi said.

The spokesperson for the Iranian Foreign Ministry said on Monday that the current negotiations in Vienna could be the final round of talks if the outstanding key issues are addressed.