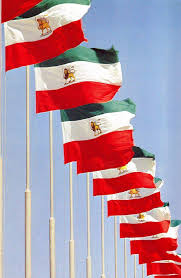 PRESS RELEASE: November 23, 2019
FOR IMMEDIATE RELEASE
It is time for the leading world democracies to stand
behind the Iranian people and to defang the Islamic regime

For any patriotic Iranian, the news of the recent events is both a source of torment as well as revived hope for the demise of the putridly corrupt and despotic Islamic regime. The time has come for the leading democracies of the world to support the Iranian people in their quest for freedom in unequivocal and no uncertain terms. If not as a moral imperative, then as a pragmatic maneuver in rooting out an avid sponsor of terror and a destabilizing force on the international stage.
Enduring more than 40 years of the regime’s unbridled pillage and plunder of the country’s wealth, the systemic detention, torture and murder of its patriotic citizens; the destruction of the country’s economy and plunging its citizens into poverty and destitution; raiding the country’s coffers and siphoning billions of dollars out of the country and into their private accounts, the destruction of the country’s rich eco systems, and the sponsorship of terrorism across the middle east and internationally, the Iranian people have again taken to the streets, this time sparked by protests against the astronomical rise in gas prices and rationing. The recent protests are markedly different from the five major protests preceding it in the last decade. This time, the protests have ignited and spread like wild fire through more than 100 cities and towns across the country. Demonstrations have also alighted southern Tehran, the long held seat of support for the regime and have led to strikes and shuttering of businesses in Tehran’s and other major bazaars, another stronghold of this despotic regime.
As protests have spread, so has the government’s deadly resolve to quell it. Men and women, young and old, are systematically murdered in plain sight, gunned down at point blank range by the revolutionary guards; targeted by sharp shooters safely ensconced on the roof tops; hounded, assaulted, and arrested by the treacherous secret service agents, and government sponsored thugs. The Protest leaders and reporters have also been arrested and jailed, facing an unknown fate. There is no accurate estimation of the number of the dead and injured.
The extensive nature of protests has so rattled the regime that it took the unprecedented step of cutting off internet access across the country. While the news of the dead has been a source of visible joy for regime, the family of the dead have to not only endure the horrendous tragedy befallen them but also have to pay a fortune in blood money, an amount far exceeding the median annual salary, for the release of their loved-one’s corpse.
Yet, far from its intended effect of demoralizing the protestors, and isolating the embattled people behind a veil of information blackout, the brave Iranian people continue battling the regime with the hope of their ultimate emancipation and they need tangible and reliable support from the world’s leading democracies and economies, not lip service.
A liberated Iran means a more secure world for us all.
Iranian Democracy Front (IDF) is an association composed of Iranian pro-democracy political groups and organizations with diverse political beliefs, with a common goal of removing the despotic Islamic republic and establishing a secular democratic government in Iran based on the Universal Declaration of Human Rights.