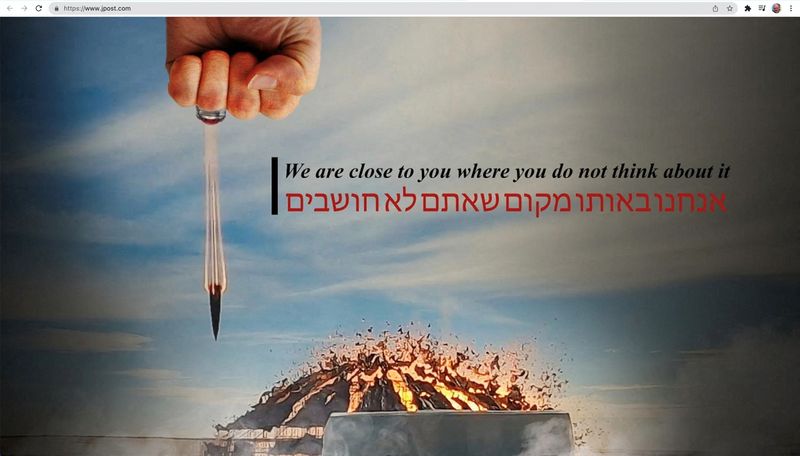 JERUSALEM (Reuters) -Israel’s Jerusalem Post newspaper said on Monday its website had been hacked, in what it said was an apparent threat to the country.

Instead of displaying a main news page, the website showed an illustration that appeared to recall top Iranian general Qassem Soleimani, who was assassinated in a U.S. drone strike in Iraq on this day in 2020.

The illustration showed a bullet-shaped object shooting out of a red ring worn on a finger, an apparent reference to a distinctive ring Soleimani used to wear.

The Jerusalem Post, an English-language daily, tweeted that it was working to resolve the issue.

“We are aware of the apparent hacking of our website,

alongside a direct threat (to) Israel,” it said.

Its mobile app did not appear to be affected, and other major Israeli news websites were working normally.