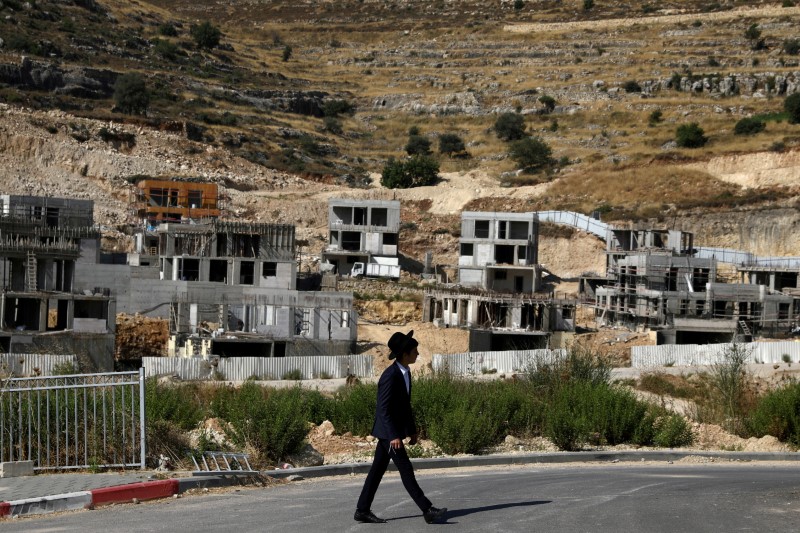 TEL AVIV (Reuters) – Israel is set to approve construction of new homes for Jewish settlers in the occupied West Bank but in a rare step will also grant permits for Palestinian housing construction, an Israeli security official said on Wednesday.

The planned permits for Palestinian housing in West Bank territory Israel captured in the 1967 Middle East war appeared aimed at blunting U.S. and international criticism of Israeli settlement construction, assailed by Palestinians and viewed by most countries as illegal.

The settlement approvals, expected next week, would be the first by new Israeli Prime Minister Naftali Bennett’s government since he and his cross-partisan coalition replaced longtime leader Benjamin Netanyahu in June.

Some 2,000 settler units are expected to be approved next week, the Israeli security official said. Around 1,000 Palestinian homes will be approved for construction in areas under complete Israeli military control, the official said.

Around 650 of the Palestinian homes will be near the northern West Bank city of Jenin, with approximately 150 in the central city of Bethlehem and another 150 further south.

There was no immediate comment from the Palestinians, who seek the West Bank, along with East Jerusalem and the Gaza Strip, for a future state. Bennett’s office did not provide comment on the settlement and Palestinian housing plans. The story was widely reported in the Israeli media.

The administration of U.S. President Joe Biden, which took office in January, has warned against actions by Israel or the Palestinians that could undermine the viability of the two-state solution, including settlement construction.

Biden has sought to repair relations with the Palestinians which plummeted under former President Donald Trump, who embraced Israel’s settlements.

CIA director William Burns was due to meet with Palestinian officials in Ramallah on Thursday, following earlier talks with Bennett, who is expected to meet Biden in Washington later this month.

The Palestinians and many countries regard Israel’s settlements as illegal under the Geneva Conventions that bar settling on land captured in war.

Israel disputes this, citing security needs and biblical, historical and political connections to the land.