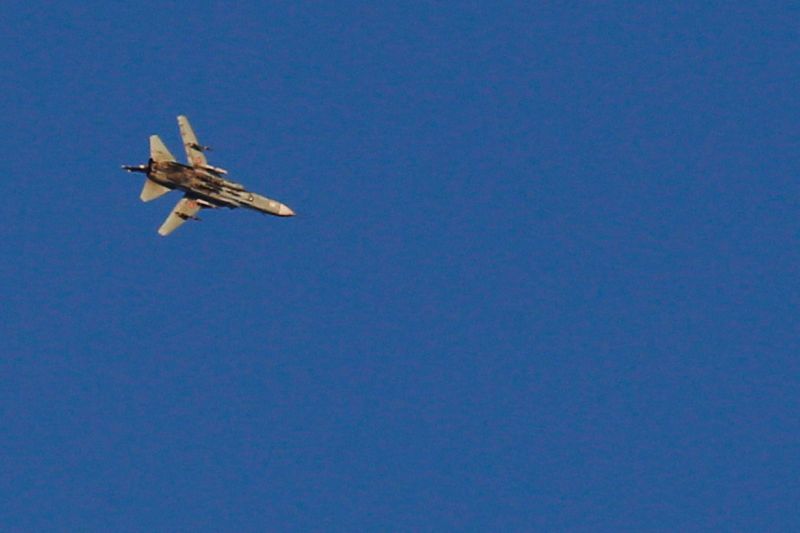 A war jet flies above Syria near the Israeli Syrian border as it is seen from the Israeli-occupied Golan Heights, Israel July 23, 2018. REUTERS/Ronen Zvulun/Files

JERUSALEM (Reuters) – Israel twice struck chemical weapons facilities in Syria over the past two years in a campaign to prevent Syria from renewing chemical weapons production, the Washington Post reported on Monday.

The accuracy of the report, which cited unidentified current and former U.S. and Western intelligence officials, was confirmed to Reuters by a person familiar with the operation who declined to be identified by name or nationality.

There was no immediate comment from officials in Syria.

Syria’s government denies using chemical arms. In 2013 it promised to surrender its chemical weapons, which it says it has done.

Israel has acknowledged conducting scores of air strikes in Syria which it says targeted Iranian deployments or weapon hand-overs to guerrilla allies.

But on June 8, the newspaper reported, Israeli jets hit three military targets near the cities of Damascus and Homs, all linked to Syria’s former chemical weapons programme.

In March the previous year, Israel targeted a villa and compound tied with the procurement of a chemical that can be used in nerve agents, it said.

Repeated investigations by the United Nations and the Organization for the Prohibition of Chemical Weapons concluded that Syrian government forces used the nerve agent sarin and chlorine barrel bombs in attacks between 2015 and 2018 that investigators said killed or injured thousands.

Israeli officials have voiced concern about the possibility of Syrian chemical weapons falling into the hands of militant groups.