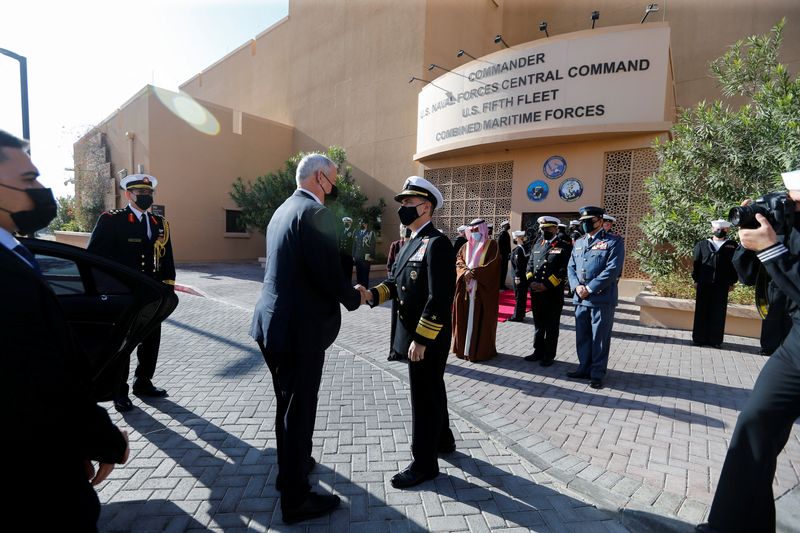 Israel’s Defence Ministry said on Wednesday Benny Gantz would sign a security cooperation agreement with Bahrain, which along with the UAE normalised relations with Israel in 2020, partly out of shared concerns about Iran.

Bahrain hosts the Fifth Fleet’s headquarters as well as some operations for CENTCOM, a U.S. military coordination umbrella organisation for the Middle East that Israel joined last year.

“Against a backdrop of increasing maritime and aerial threats, our ironclad cooperation is more important than ever,” Gantz said on Twitter after the naval base visit.

Israel this week is joining a 60-nation U.S.-led Middle East naval exercise alongside the UAE and Bahrain and, for the first time, publicly alongside Saudi Arabia and Oman, two counties it has no diplomatic relations with.

Israel’s defence ministry gave no details of what a security accord with Bahrain would include. Bahrain’s government communications office did not respond to a request for comment.

Gantz flew to Bahrain for the two-day trip on an Israeli air force transport plane. It was the first time an Israeli defence chief had visited the Gulf nation or that an Israeli military aircraft had landed there.

The UAE on Wednesday said it intercepted three drones that entered its airspace over unpopulated areas in the fourth such attack in the past few weeks.