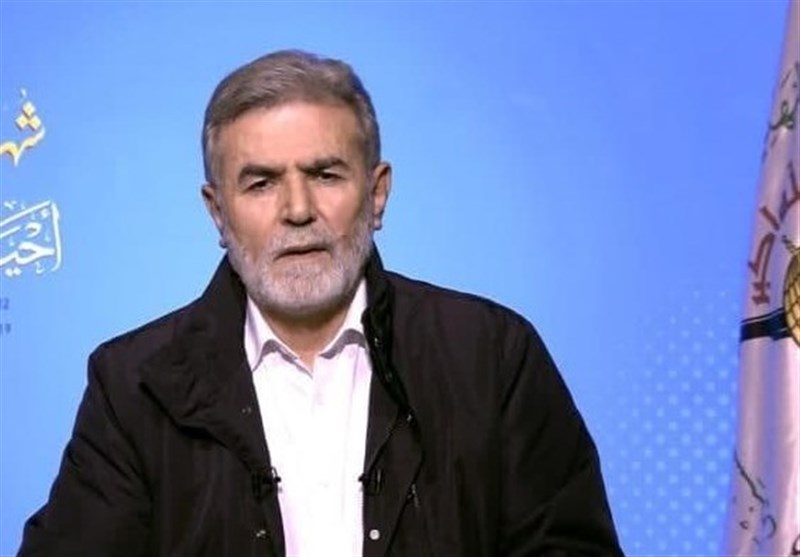 The secretary-general of the Palestinian Islamic Jihad movement extended his congratulations to the Leader of the Islamic Revolution on the great victory of Palestine in its 12-day war against the Israeli regime, lauding Iran’s support for the resistance in the war.

In a Saturday letter to Ayatollah Seyed Ali Khamenei, Ziyad al-Nakhalah said that he has the honor to congratulate the Leader on behalf of himself and the Islamic Jihad forces as well as its armed wing Quds Brigades on the victory of the Palestinian people and their brave resistance against the Zionist enemy.

He added that Ayatollah Khamenei’s “constant, continued and open support” for Palestine in all fields has “played the most important and leading role” in “Operation Sword of al-Quds” and its subsequent achievements.

“Despite the enemy’s (purported) military upper hand, fighters of the resistance entered the battlefield with full power, strength, bravery and courage,” he said.

Nakhalah said the Palestinian people and resistance defeated the enemies and revealed the image of the Israeli regime which is “weaker than a spider web.”

The Palestinian resistance official also thanked the Quds Force of Iran’s Islamic Revolution Guards Corps (IRGC) for standing by the Islamic Jihad forces for long and for sincerely providing them with any capability, know-how and assistance leading to such a big victory.

He especially commemorated the late commander of the Quds Force Lieutenant General Qassem Soleimani, who was martyred near Baghdad airport, Iraq, on January 3, 2020 in a drone strike directly ordered by former US president Donald Trump.

Israel launched a bloody bombing campaign on Gaza on May 10 after harassment of Palestinians in Jerusalem al-Quds and attempts to steal their lands in the Sheikh Jarrah neighborhood of the city.

The occupying regime announced a unilateral ceasefire on Friday, which was accepted by the Palestinian resistance groups in Gaza with Egyptian mediation.

According to Gaza’s Health Ministry, 248 Palestinians were killed in the Israeli offensive, including 66 children and 39 women, and at least 1,910 were injured.

During the fighting, Gaza-based resistance factions fired rockets into the occupied territories in response to the Israeli bloodshed.

In a message on Friday, Ayatollah Khamenei extended his congratulations to the Palestinian people over the historic victory of the resistance front against the Zionist regime.

The Leader said Palestine will become more powerful and the wicked and usurping regime of Israel will become even weaker when faced with prepared Palestinian youths and power of valuable resistance groups.

The IRGC also issued a congratulatory statement on Friday, saying the great victory of the Palestinian resistance front in the face of Israel’s recent crimes and warmongering proves that the “atrocious and child-killing” regime is facing definite decline and must expect “lethal and heavy blow” from brave Palestinians.