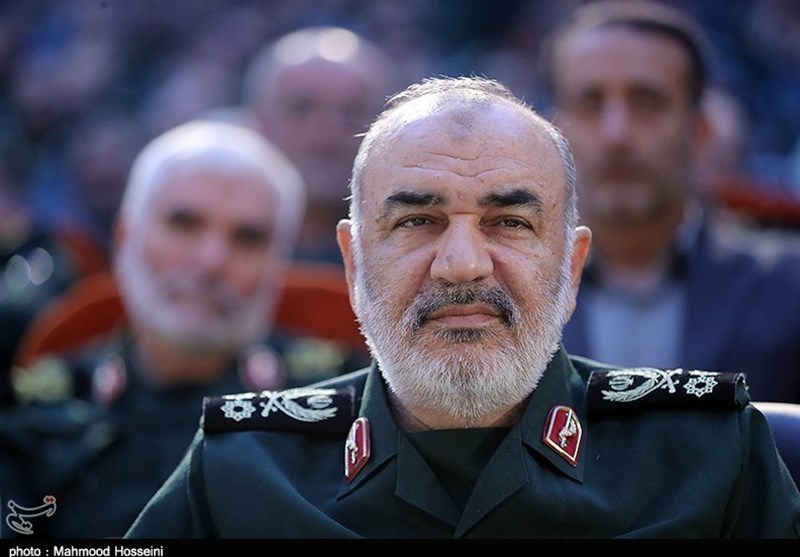 Commander of the Islamic Revolution Guards Corps Major General Hossein Salami highlighted the major role that his forces play in ensuring the security of Iran’s frontiers and offering social services to the residents of border areas.

Addressing a cultural ceremony in the southeastern city of Zahedan on Tuesday, Major General Salami said the IRGC Ground Force units have made substantial efforts to ensure security in Iran’s southeastern areas and have secured the borders against the intruding outlaws.

The security resulting from the IRGC forces’ endeavors would contribute to the development, prosperity and welfare of border residents, he added.

The general also noted that one of the IRGC’s main policies in the regions where security missions are carried out is to offer services to local residents and alleviate their livelihood problems in tandem with ensuring security.

The IRGC Ground Force is providing such services in northwestern and southeastern Iran, the top commander stated.

The IRGC has carried out extensive plans in recent years for the development of border provinces and underprivileged areas, such as in the southeastern province of Sistan and Balouchestan.

IRGC forces have been also actively involved in rescue and relief operations in natural disasters across Iran.