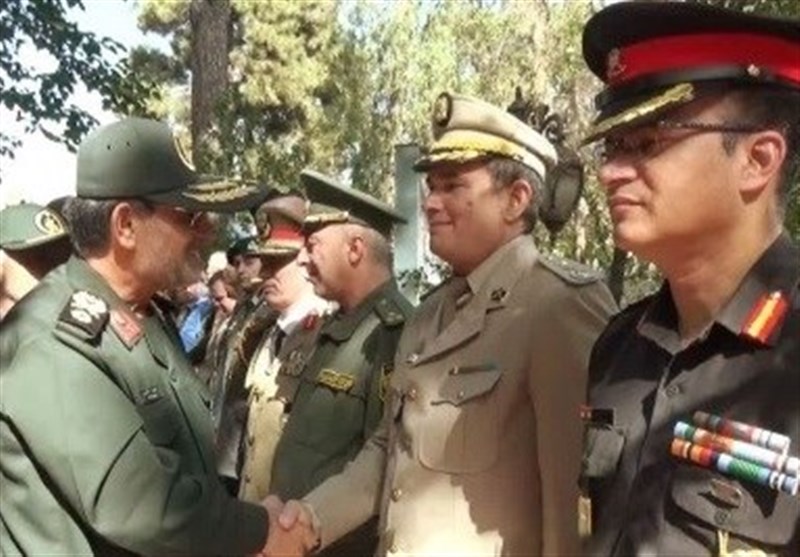 TEHRAN (Tasnim) – Starting an act of aggression has no place in Iran’s military agenda, the commander of the Islamic Revolution Guards Corps Navy said, cautioning though that any threat to the country’s security will draw its devastating reaction.

In a meeting with a group of foreign military attachés in the southern port city of Bandar Abbas on Tuesday, IRGC Navy Commander Rear Admiral Ali Reza Tangsiri reiterated the Islamic Republic’s support for peace and friendship among nations.

While acts of aggression and starting an offense have no place in Iran’s military agenda and Iran has always favored peace and friendship with its neighbors, if any outsider intends to abuse such a process of friendship and fraternity, Tehran will react with the same process and at the same level, he added.

Iran would by no means bargain over its security, the general added, warning, “Whoever intended to harm our security would face the Islamic Republic’s decisive and regrettable response.”

Tangsiri also noted that the efforts by the Iranian naval forces, their intelligence domination, and constant monitoring of the situation have resulted in appropriate stability and security in the Persian Gulf and the Sea of Oman.

He further highlighted Iran’s self-sufficiency in the military industry, saying local experts have obviated the need for the import of foreign military gear.