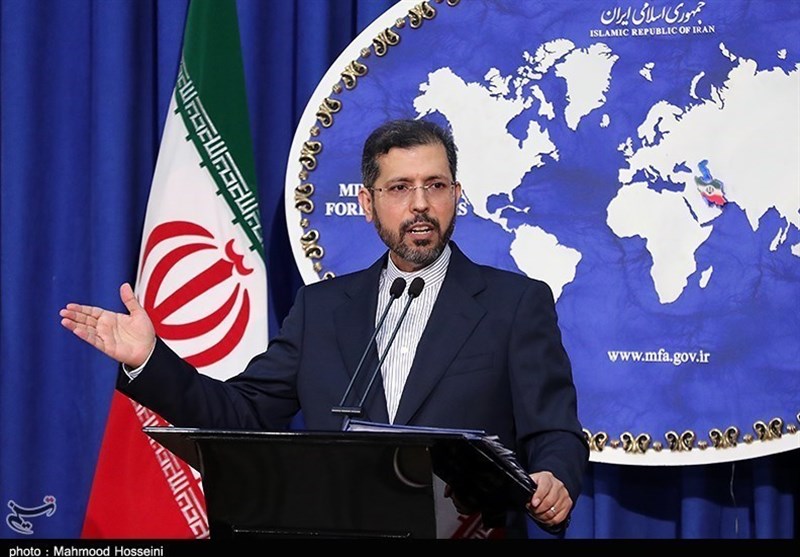 The spokesperson for the Iranian Foreign Ministry urged the senior American and British diplomats to focus their efforts on reviving the 2015 nuclear deal instead of trying to appease the Israeli regime, which he slammed as the worn enemy of the JCPOA.

In a post on his Twitter account on Thursday, Iranian Foreign Ministry Spokesperson Saeed Khatibzadeh criticized the US and British state secretaries for deviating from the goals of the ongoing talks in Vienna for the revival of the Joint Comprehensive Plan of Action (JCPOA) in order to appease the Zionist regime.

“The brutal Israeli regime you try to placate has done its utmost to torpedo the deal,” Khatibzadeh told US’ Antony Blinken and UK’s Dominic Raab.

“Instead of eroding your credibility, focus on reviving the original deal -the ONLY solution on the table,” the Iranian spokesperson emphasized.

In recent weeks, Washington and London have been in close contact with the Zionist regime over the revival of the JCPOA, with Israel still overtly opposing the move.

Israeli Prime Minister Benjamin Netanyahu said in a joint press conference with US Secretary of State Antony Blinken on Tuesday that Washington should avoid rejoining the JCPOA.

Blinken, for his part, said the US will try to rejoin the JCPOA nevertheless, but he added that the US and Israel continue to work together to counter what he claimed as “Iran’s destabilizing actions in the region.”

Also, British Foreign Secretary Dominic Raab on Tuesday visited Israel, where he reiterated London’s commitment to Tel Aviv’s security and underlined the importance of a “stronger nuclear deal” with Iran, which has been time and again rejected by Tehran.