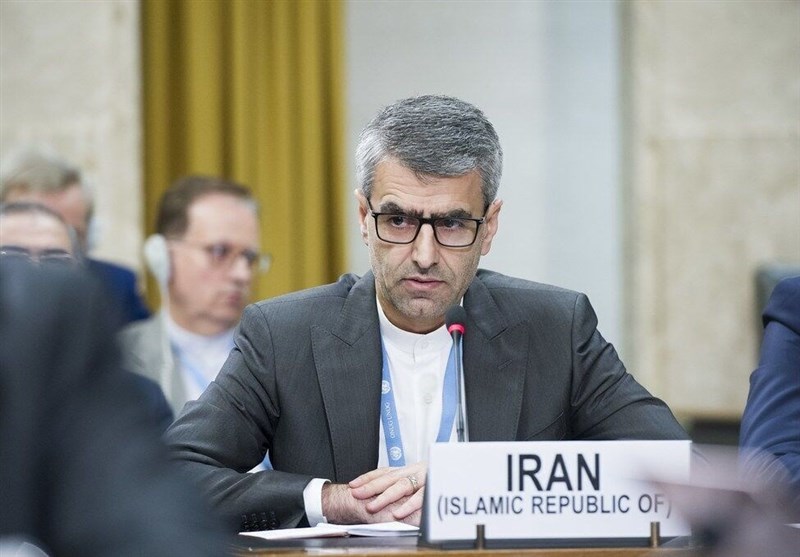 Iran’s ambassador to the UN Office in Geneva called on the international community to hold the Israeli regime accountable for its crimes against Palestinians.

Addressing a special meeting of the UN Human Rights Council, held on Thursday to address “the grave human rights situation” in the Israeli-occupied Palestinian territories, Esmaeil Baghaei Hamaneh said the Middle East region will never live to witness an end to the current vicious cycle of violence as long as the Israeli regime is allowed to carry on with its atrocities with impunity.

The Iranian ambassador said the regional turmoil would bubble up, while the “criminals” keep avoiding accountability because of this impunity and the occupation of Palestine sustains as a result of “compromise or silence.”

Instead, administration of justice and pressing of the regime to answer for its crimes against the Palestinians should turn into the international community’s urgent demand, he added.

Hamaneh said the Israeli regime’s supporters, who try to explain its savagery, under the pretext that it should be able to “defend itself” must also be held to account for their emboldening it and obstructing justice, Press TV reported.

The Iranian diplomat reiterated Tehran’s assertion that “the only sustainable” way out of this crisis is holding of a referendum among all of Palestine’s residents and those who have been displaced from the land as a result of Tel Aviv’s occupation and aggression.

Such vote would enable Palestinians to exercise “their right to self-determination,” he concluded.

The session came after weeks of Israeli escalation against Palestinian worshippers and protesters across the occupied West Bank, including the holy city of al-Quds, that killed scores of Palestinians.

The regime then ramped up its attacks against the Tel Aviv-blockaded Gaza Strip that had risen up in protest against the escalation, killing more than 250 others there too.