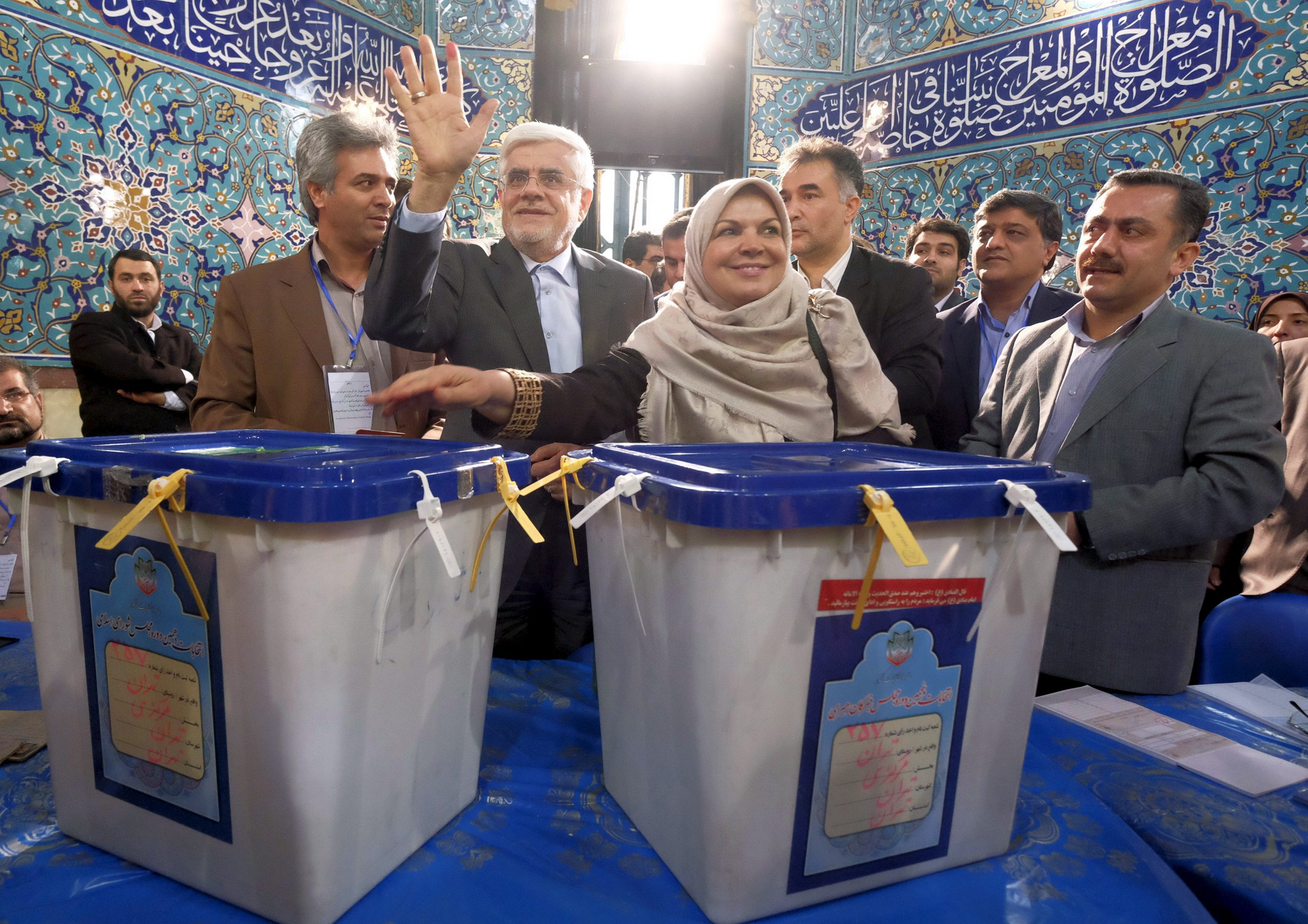 As Iran approaches presidential elections on June 18, there are intense debates among those in the Islamic Republic who identify as reformists or moderates. The camp’s identity and political future are in doubt, as some want to move closer to the conservatives’ positions while a minority repeat quarter-century old mantras without concrete proposals as to how they can be achieved.

Since 1997, when Mohammad Khatami won a stunning upset election, the reformists have sought a number of economic, social, and political changes to distinguish themselves from other centers of power in the Islamic Republic. However, despite a considerable evolution in social mores in Iran, the reformists have failed to institutionalize significant change under Khatami’s two terms (1997-2005) and those of centrist President Hassan Rouhani (2013-2021).  The reformists’ failure has caused their severe decline in reputation and political support.  As prominent Tehran University political science professor Sadegh Zibakalam put it, they have “failed to introduce a practical manifesto” that clarifies who they are and what they actually want.

In mid-April, two prominent reformists fiercely debated the very concept of reform on the social media app Clubhouse. In the discussion, former Tehran mayor Gholamhossein Karbaschi asked Mostafa Tajzadeh, a senior reformist figure and former deputy minister under Khatami, about the fate of reforms he had helped pursue. Twenty-three years later, Karbaschi asked, “What is it that you want to reform and how do you want to reform?” Karbaschi, who was closely associated with the late president Ali-Akbar Hashemi-Rafsanjani, argued that it is necessary to move closer to the conservatives’ views, while Tajzadeh repeated the ideals of reformism without offering a practical solution for achieving them.

Tajzadeh, who recently announced that he wants to run for president—even though he will certainly be disqualified because he served time in prison after the 2009 post-election protests known as the Green Movement—released a statement in which he pledged to normalize relations with the United States and to limit the power of the Islamic Revolutionary Guard Corps and the Supreme Leader—promises that appear to be at odds with the constitution of the Islamic Republic.

Given little hope that reformists or moderates will win the presidency this time, they are looking to avoid sinking into complete insignificance. In this vein, reformist activist Mohammad Atrianfar, another close associate of the late president Rafsanjani, proposed that they “go a tier lower” and seek to run a ministry or manage an industry. Meanwhile, Rasoul Montajabnia, also associated with this camp, has offered some proposals for moderates to retain some influence in the Islamic Republic’s political structure. Montajabnia says reformists should focus on national security, noting that, “if there will be a danger posed to the country,” there will be no difference between reformists and hardliners as “everyone will drown together.” “We are all on the same ship,” he concluded. Echoing this belief, Mohammad-Reza Aref, vice-president under Khatami, claimed that “the survival of the system [of the Islamic Republic] is interwoven within the presence of reformists.”

Ebrahim Asgharzadeh, another veteran reformist activist, acknowledged in December, 2019: “I agree that reformists who taste power sometimes become conservative and this conservatism is a plague of reformism.” Shargh, Iran’s best-known reformist daily, has recently discussed the reformists’ potential candidates and wrote: “It seems that the electoral atmosphere in the reform camp is not yet clear. And it is not unlikely that they will go through all the [reformist candidate] options in the final days before the election and suddenly back another candidate, even a candidate who is not even a reformist,” as they did in 2013 when they coalesced behind Rouhani.

This pragmatic, if not opportunistic, stance contrasts with longstanding reformist efforts to portray themselves in clear distinction to other regime loyalists. An exception is the position taken by Faezeh Hashemi Rafsanjani, a former member of parliament and daughter of Rafsanjani. In a recent interview, she said, “I am angrier with the Rouhani administration than I am with the [hardliners],” adding that the purpose of reform was to effect change and bring prosperity, and not to be a self-serving tool—an accusation leveled against Rouhani.

Another school of thought within the reformists argues that their decline can only be reversed after a self-imposed pause on seeking power. For instance, Mahmoud Sadeghi, a former member of parliament and potential presidential candidate, stated that “some argue that the type of politics must change and that reformists must step aside for a while and return to society so that they can revive their social capital. This view, incidentally, has many supporters and has been seriously raised, but some also believe that withdrawing from politics will cause enormous harm to the reformist camp and provide ground for the faction’s gradual elimination.”

This tension demonstrates a deep-seated reluctance to quit the competition for power despite dwindling popularity. However, failure to change could lead to a further erosion of reputation, as Zibakalam suggested in January: “The reformists have lost more than 90 percent of public trust and, if they want to invite people to the polls in the same way that they did in the past, they will certainly lose the rest of public trust.”

In conclusion, it seems that it would require a miracle to revive the fortune of the reformists or moderates based on the current attitude of many Iranians. The impact of their decline, however, is likely to be minimal. In the past two decades since the reformist camp’s emergence, it has become clear that all major decisions made in both domestic and foreign affairs follow the key doctrine of “Maslahat-e Nezam,” which puts the survival of the political system above all else. In this context, the reformists proved to be pliant collaborators rather than the agent of change that they claimed to be for so long.