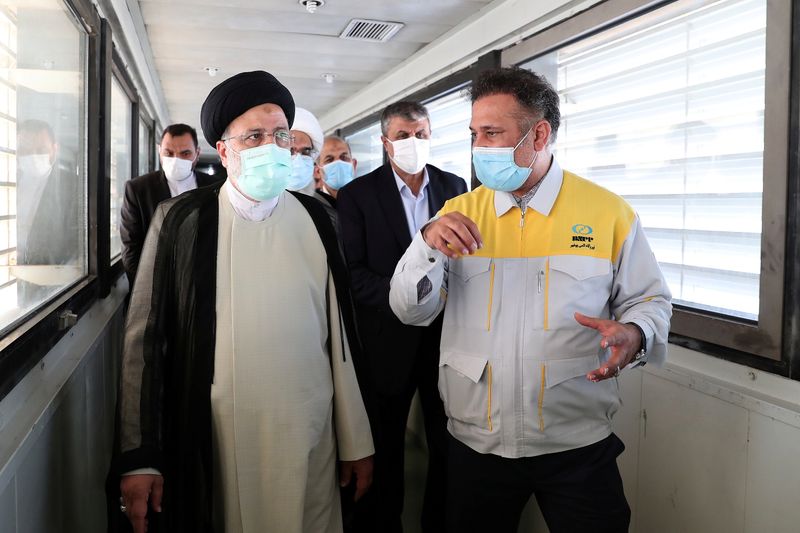 DUBAI (Reuters) – Iran will not back down “in any way” in defending its interests, President Ebrahim Raisi said on Thursday, a day after all sides announced the resumption of nuclear talks between Tehran and major powers on Nov 29.

Washington said it hoped the talks would see Iran willing to negotiate in good faith on reviving a 2015 nuclear deal, while Iran’s top nuclear negotiator Ali Bagheri Kani said the talks would cover the removal of “unlawful and inhumane sanctions”.

The negotiations that started in April have been on hold since the election of hardline cleric Raisi in June.

Raisi, under personal U.S. sanctions over allegations of human rights abuses in his past as a judge, said Iran seeks the “lifting of all U.S. sanctions and neutralisation of sanctions”, sounding an uncompromising tone ahead of the Vienna discussions.

“The negotiations we are considering are result-oriented ones. We will not leave the negotiating table … but we will not retreat from the interests of our nation in any way,” Iranian state TV quoted Raisi as saying.

Under the 2015 deal between Iran and six world powers, Tehran curbed its uranium enrichment program, a possible pathway to nuclear arms, in return for the lifting of U.S., U.N. and European Union sanctions.

But former U.S. President Donald Trump quit the deal in 2018 and reimposed harsh sanctions on Iran’s oil and financial sectors that have crippled its economy, prompting Tehran to breach limits set by the pact on its nuclear work.

In spite of six round of indirect talks, Tehran and Washington still disagree on which steps need to be taken and when, with key issues being what nuclear limits Tehran will accept and what sanctions Washington will remove.

“The Americans have used all means, policies and strategies to surrender the Iranian nation … but the Islamic Republic has become stronger,” Salami said in a televised speech to mark the siege of the U.S. embassy in Tehran after the 1979 Islamic revolution.

There have been no U.S.-Iranian diplomatic relations since the takeover of the embassy by radical students, who also took hostage 52 Americans for 444 days.