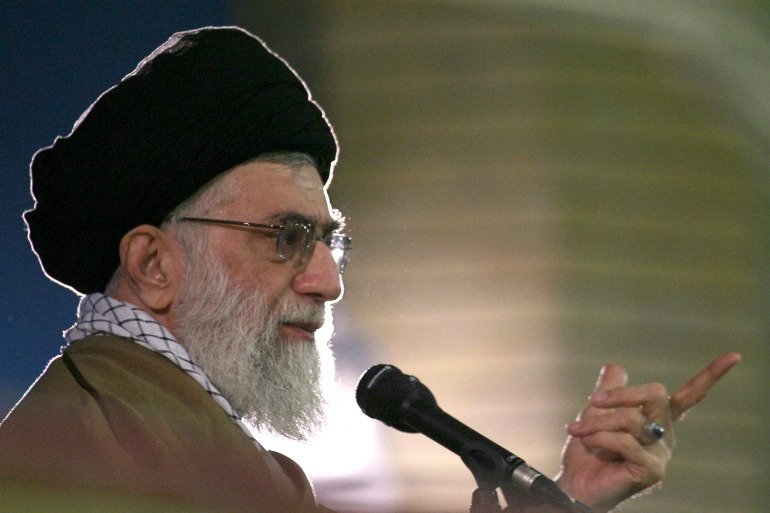 The United Arab Emirates, Bahrain, Sudan, and Morocco agreed to normalise ties with Israel in 2020, as Washington under the administration of then-US President Donald Trump made Arab-Israeli rapprochement a foreign policy priority.

“Some governments have unfortunately made errors – have made big errors and have sinned in normalising [their relations] with the usurping and oppressive Zionist regime,” Khamenei said, referring to Israel.

“It is an act against Islamic unity, they must return from this path and make up for this big mistake,” Khamenei added, in a speech marking a public holiday honouring the birth of the Prophet Muhammad.

Egypt and Jordan were until last year the only two Arab countries to normalise relations with Israel.

“If the unity of Muslims is achieved, the Palestinian question would definitely be resolved in the best fashion,” Khamenei said.

In May, Khamenei characterised Israel as a “terrorist base” and “not a country”.

Shortly after Khamenei’s speech, Iran’s top security official, Ali Shamkhani, pledged to inflict many “billions of dollars” worth of damage in a “shocking response” if Israel strikes Tehran’s nuclear programme.

The tweet by the secretary of Iran’s Supreme National Security Council came in response to Israeli media reports that 5 billion shekels ($1.5bn) had been approved to prepare the military for a potential strike on Iran’s nuclear programme.

Iran has repeatedly accused Israel of being behind acts of sabotage targeting its nuclear facilities.

The two countries have exchanged sharp rhetoric recently, against the backdrop of efforts to renew talks to revive a nuclear deal between Iran and world powers.