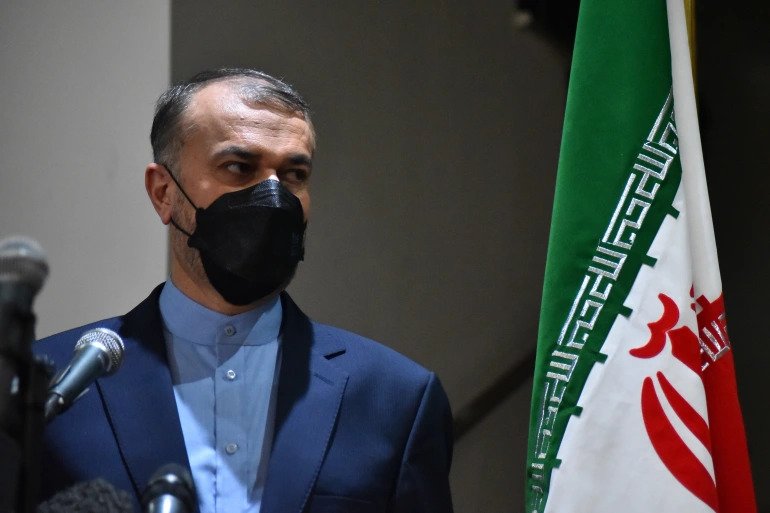 Iranian Foreign Minister Hossein Amirabdollahian has tested positive for COVID-19, the foreign ministry’s spokesman said, in advance of the nuclear talks slated to be held later this month.

“His general condition is good and he continues working from quarantine,” Saeed Khatibzadeh told state media late on Monday, adding that the minister’s agenda of visits had changed.

Earlier on Monday, the foreign ministry reported that Amirabdollahian was going to India by the end of November to attend a meeting at the Indo-Iranian Joint Economic Commission.

No further indications were made by Khatibzadeh on whether the foreign minister would be able to go to New Delhi this month.

The number of COVID infections in the country has surged in the past few weeks. The virus has so far killed more than 126,000 people in Iran, while more than 5.9 million cases have been reported since February 2020, according to figures published by Johns Hopkins University.

The foreign minister’s diagnosis comes at a key moment in diplomatic efforts to revive a nuclear agreement with leading powers.

The 57-year-old career diplomat, who was named foreign minister in August by President Ebrahim Raisi, was a close confidant of military strategist General Qassem Soleimani who was assassinated in a US drone attack early last year.

Khatibzadeh had said on Monday that talks with the remaining parties to the 2015 nuclear deal would resume “in the next two or three weeks”, although he added that ministers would not take part.

The administration of President Joe Biden has warned repeatedly that time is running out to reverse the US withdrawal from the deal ordered by his predecessor Donald Trump.

Washington is not directly participating in the talks but is taking part through European Union intermediaries.

Trump’s abandonment of the agreement and reimposition of sweeping economic sanctions prompted Iran to suspend many of the commitments it made in return for the lifting of the sanctions.

Iran retorted that the output was “for medical supply and for use as fuel in the Tehran research reactor”, and reiterated its readiness to resume talks.

The talks have been on hold since before Raisi’s election in June.