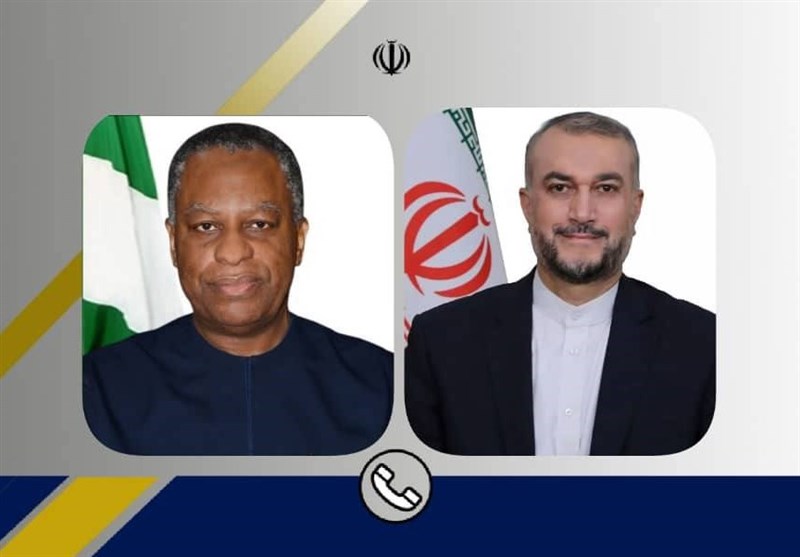 TEHRAN (Tasnim) – The foreign minister of Iran called on the International Atomic Energy Agency (IAEA) to fulfill its duties within the technical frameworks and stay away from political issues.

In a telephone conversation with his Nigerian counterpart Geoffrey Onyeama on Wednesday, Hossein Amirabdollahian hoped that the IAEA would resort to performing its technical duty concerning Iran and avoid adopting a politically-charged approach towards the country.

The UN nuclear watchdog has, time and again, accused Iran of partially withholding cooperation with it, something that Tehran strongly rejects and denounces as the body’s politicization of its attitude towards the country.

Amirabdollahian also said the revival of the 2015 nuclear deal will be possible if the US adopts a realistic approach to the negotiations.

“(Conclusion of an) agreement is possible upon the American side’s (application of) realism,” the Iranian foreign minister added.

Amirabdollahian said that Iran was committed to the continuation of negotiations and willing to help the formation of a “strong and sustainable” agreement.

The US, under former president Donald Trump, left the nuclear deal in 2018, returning the sanctions that it had lifted.

The Austrian capital of Vienna has been hosting many rounds of talks since last year to examine the prospect of the deal’s restoration and fresh removal of the inhumane and illegal economic bans, Press TV reported.

Elsewhere in the phone call, the two foreign ministers addressed the latest status of Tehran and Abuja’s bilateral ties as well as various international developments.

Amirabdollahian considered the half-a-century-long history of the countries’ relations to be a “great and strong asset” that could be used towards development of their political, economic, and cultural ties on the basis of their “common interests.”

For his part, Onyeama laid emphasis on the “good will” that Iran had displayed throughout the course of the negotiations, hoping that the United States would resume complying with the agreement.

He also identified the historical ties and the amicable relations that the two countries have had as a proper basis for further development of the mutual relations.