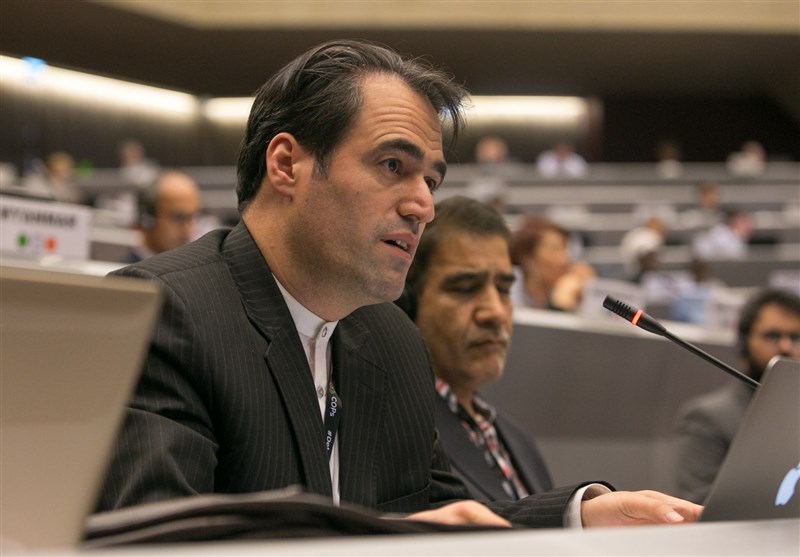 TEHRAN (Tasnim) – Warning of the likelihood of nuclear war as a result of enlarged nuclear arms race, an Iranian UN diplomat said the world holds the nuclear-weapon states (NWSs) responsible and accountable and urges them to uphold their obligations.

First Counselor of the Permanent Mission of Iran to the United Nations Heidar Ali Balouji delivered a statement at the First Committee of the 77th Session of the UN General Assembly on “General Debate on all disarmament and international security agenda items” in New York on Monday.

The text of the statement is as follows:

I would like to congratulate you and the other bureau members on your election. My delegation associates itself with the statement made by Indonesia on behalf of the NAM.

It is completely apparent, now more than ever, that the international community must address both traditional and non-traditional security concerns in light of the most recent array of security threats.

The world faces multiple and interlinking challenges, and new emerging threats in cyberspace, artificial intelligence, the dark web, outer space and alike. Furthermore, the chronic threat of WMDs poses an existential threat to humanity. Military expenditures have reached an all-time high of $2.1 trillion and the highest record of military transfers in 2021 broke all previous records, with the great powers accounting for the bulk of both. The required compounding of such expenditures could possibly trigger substantial tensions.

Nuclear war is becoming exponentially more likely not only by means of modernization as well as a renewed and enlarged nuclear arms race but also due to other factors as well. Nuclear arsenals are being replaced and upgraded. For instance, the US retains or even increases its budget for every nuclear weapons program. The United Kingdom’s nuclear weapons policy includes increasing its stockpile ceiling of nuclear weapons by up to 44 percent, and like some other NWSs, lowering the threshold for the possible use of such weapons and reducing transparency about its nuclear weapons.

Aside from the demise of key nuclear arms control agreements and an erosion of the international arms control architecture, there is non-compliance with the legally binding obligation by the NWSs on nuclear disarmament based on Article VI of the NPT. Unfortunately, there is also no such a prospect in the future.

The international community expects to hold the NWSs responsible and accountable by upholding their obligations following the failure of the two consecutive NPT Review Conferences in 2015 and 2022.

On the other hand, the New Start has yet to be implemented, let alone the possibility of negotiating a superseding agreement.

Regrettably, at the regional level in the Middle East, the Israeli regime is equipped with all types of WMDs while acting within the parameters of its irresponsible policy. This includes the cyber and physical attacks carried out by this regime against safeguarded nuclear facilities as well as the terrorist assassination of nuclear scientists. This regime must renounce the possession of nuclear weapons. It must also abide by the international calls to join the NPT as a non-nuclear weapon party without any precondition or delay and subject all its nuclear activities to the IAEA’s full scope safeguard.

We believe that nuclear weapons are not deterrents but are instead tools for mass murder. The idea that nuclear bombs bring “stability” to a world that spends staggeringly more on weapons and war than social good is a clear indication of such an illogical principle. The simple solution is nuclear disarmament through the total elimination of all nuclear stockpiles. The first and foremost action needed in this regard is the commencement of negotiations in the CD on a comprehensive convention on nuclear weapons.

It is hard to deny the concrete threat that chemical and biological weapons pose to humanity. Any use or threat to the use these inhumane weapons should be unequivocally rejected and prevented. The most effective way to uphold their global prohibition is the full, effective and non-discriminatory implementation of the CWC and BWC. It is noteworthy to mention that these instruments face challenges at different layers in practice. The US as the only existing major possessor of CWs still has not concluded the destruction of its arsenal. It has also been the only party with reservations and thus blocked strengthening the BWC by laying out a protocol for the verification system. What’s more, the US still has reservations about the 1925 Geneva protocol. We urge the US to play a responsible role by withdrawing said reservations. Once more, the Israeli entity in the Middle East must join the Conventions and implement its obligations.

On another note, I would like to discuss the militarized and politicized approach taken by certain countries regarding outer space and cyberspace. We are steadfast in our principled position that both domains should be utilized exclusively for peaceful purposes, and this can best be achieved by agreeing on legally binding instruments for both. We strongly recommend avoiding any reckless decision-making or activities while also enforcing any unilateral interpretation or imposing of UCMs that hamper the inalienable rights of States in enjoying any related achievements for peaceful purposes in these two areas. Two regrettable examples of such irresponsible behavior that exist within these two fields are the US and the Israeli regime.

In closing, I would like to draw the attention of this august Committee to the fact that the US withdrawal from the JCPOA in 2018, as well as the unwillingness of the current US Administration to return to it, have caused immense damage to international efforts toward nuclear non-proliferation. Iran has, however, consistently complied with its obligations under the Comprehensive Safeguard Agreement and has been cooperating with the IAEA.

In conclusion, Iran, as the penholder, will present a draft biennial decision on “Missiles”. We hope it will pass with resounding support from the entire membership.