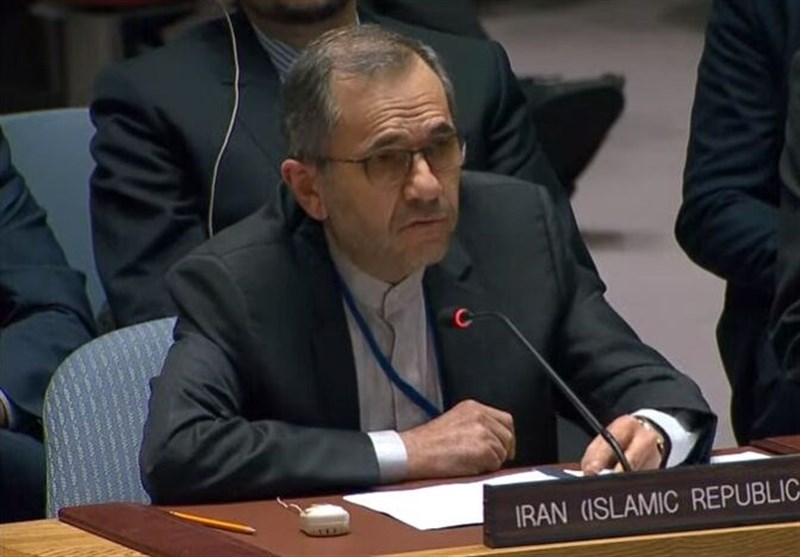 TEHRAN (Tasnim) – Iran’s ambassador to the United Nations alerted the international community regarding illegal excavations and threats facing the cultural heritage in Palestine by the occupying regime of Israel and its attempts to destroy and change its functions.

In remarks at a meeting about “Return or restitution of cultural property to the countries of origin” at the UN General Assembly on Monday, Majid Takht Ravanchi said the Israeli illegal excavations in Palestine constitute a flagrant violation of international law and will lead to the escalation of the already volatile situation in the Middle East that itself is the result of the prolonged occupation of Palestine.

What follows is the text of his statement:

Allow me to express my appreciations to the Secretary-General and the Director-General of UNESCO for the report contained in document A/76/321. I also wish to commend the Government of Greece for its able leadership to facilitate draft resolution A/76/L.17 entitled “Return or restitution of cultural property to the countries of origin”. My delegation would also like to take this opportunity to reemphasize the prominent role of UNESCO in the fight against the illicit trafficking of cultural property and encourage the reinforcement of its efforts for returning or restitution of cultural objects to the countries of origin.

Cultural properties, while truly considered as a common heritage of humankind, contribute to shaping cultural and national identity of countries of origin and are a testament to their civilizations, values and cultures. Ownership of cultural property is an inalienable human right of the people of their soil. Consequently, the international community shares a common responsibility as well as legal and ethical obligation to not only preserve and protect cultural property but also secure its return to the countries of origin.

The deprivation of cultural properties from its countries of origin by whatever means, forms or justifications and based on any general principles of international law, natural law, conscience or human values, is unacceptable and illegal. Therefore, the obligation to return cultural properties to countries of origin neither necessarily emanates from international legally binding instruments nor is limited to their State parties.

In the same vein, the 1970 Convention on the Means of Prohibiting and Preventing the Illicit Import, Export and Transfer of Ownership of Cultural Property neither legitimizes any removal of cultural property from its countries of origin before the entry into force of this Convention nor exonerates any states, including its parties, from the obligation to restitute or return the cultural objects stolen or illegally exported before the entry into force of the Convention to the countries of origin.

However, my delegation believes that since its entry into force, the 1970 Convention needs to be reconsidered in line with the relevant developments. This includes the articulation of the non-retroactive application of the Convention as well as the recognition of possession of cultural property by the people of their soil subjected to archaeological, ethnological or natural science missions’ eviction from the countries of origin. Such eviction took place during a period of international relations when most of the origin countries were under colonial domination and political influence of foreign powers and due to various reasons, including the lack of development and access to knowledge, were not cognizant of great values of their cultural properties.

Furthermore, cultural properties should not be subjected to any confiscation or law enforcement action as well as unilateral coercive measures as they are a common heritage of humankind.

The illegal international cross-border movement of cultural objects is still an ever-increasing concern for countries of origin, including my Country. As the Secretary-General indicates in his report, “… threats to movable cultural heritage have continued to increase and have taken new forms.” In addition to the traditional main catastrophic causes leading to the illicit trafficking of cultural properties, such as conflicts, occupation and foreign interventions, trafficking and trade through the illegal market by terrorist groups with the aim to financing terrorism has emerged as one of the main vehicles for the trafficking of cultural properties that has been exacerbated in recent years, especially after the creation of DAESH and Al-Qaeda. My delegation expresses its satisfaction with the inclusion, in the draft resolution before us today, of its proposal on countering the financing of terrorism through the illicit trafficking of cultural properties and the obligations of States to return those items to the countries of origin, as indicated in “The United Nations Global Counter-Terrorism Strategy: seventh review”.

In this regard, we also wish to alert the international community regarding illegal excavations and threats facing the cultural heritage in Palestine, especially the Al-Aqsa mosque, by the occupying regime of Israel and its attempts to destroy and change its functions. While this act constitutes a flagrant violation of international law, it will lead to the escalation of the already volatile situation in the Middle East that itself is the result of the prolonged occupation of Palestine.

Finally, given the important role that cultural heritage plays in the dialogue and peaceful co-existence among nations, the Islamic Republic of Iran expresses its readiness to promote this culture of peace through cooperation with and extension of its technical assistance to other countries, especially those that host the ancient Iranian civilization and cultural heritage.