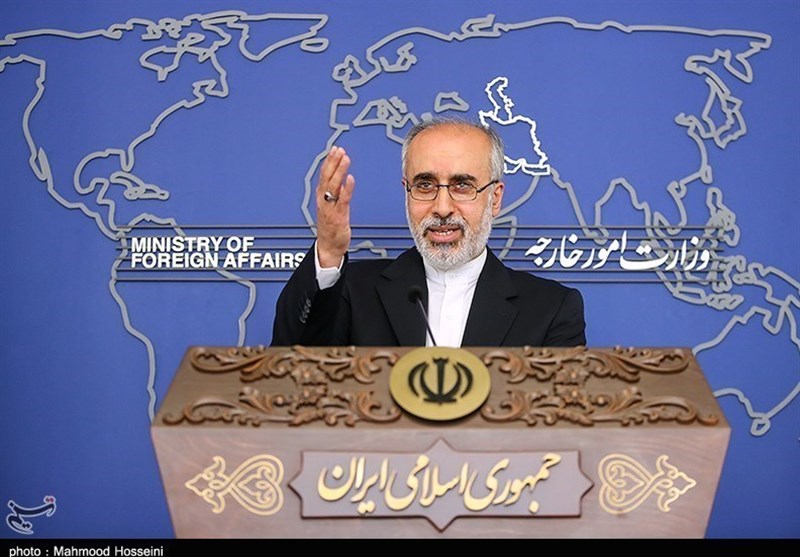 TEHRAN (Tasnim) – The Foreign Ministry of Iran voiced concern about the eruption of border clashes between the Republic of Azerbaijan and Armenia, calling on the two neighbors to exercise restraint and settle the conflicts peacefully.

In a statement on Tuesday, Iranian Foreign Ministry Spokesperson Nasser Kanaani expressed concern about the escalation of tensions and border clashes between Azerbaijan and Armenia.

He also called for restraint and the resolution of conflicts between the two neighbors through peaceful manners and in accordance with international law.

The Islamic Republic of Iran reiterates its opposition to any change in the boundaries between the Republic of Azerbaijan and Armenia, he underlined.

The spokesman noted that Iran is carefully monitoring the developments and stressed the need to respect the territorial integrity of Armenia and the Azerbaijan Republic.

Kanaani also expressed Iran’s readiness to provide any help necessary to settle the conflicts between the two neighboring states.

Armenia and the Republic of Azerbaijan have reported new border clashes that left an unknown number of Azerbaijani troops dead.

The fighting, which broke out early on Tuesday, marks the latest flare-up between the arch foes, who fought a war in 2020 over the contested Nagorno-Karabakh region.

Each side blamed the other for the fighting.

In a statement, Armenia’s Defense Ministry said Azerbaijan Republic launched “intensive shelling” against Armenian military positions in the direction of the cities of Goris, Sok, and Jermuk at 00:05 am (20:05 GMT) on Tuesday. Azerbaijani troops used drones, as well as “artillery and large-caliber firearms,” it said.

But the Republic of Azerbaijan’s Defense Ministry accused Armenia of “large-scale subversive acts” near the districts of Dashkesan, Kelbajar and Lachin on the border, adding that its army positions “came under fire, including from trench mortars”.

There have been frequent reports of fighting along the Armenia-Azerbaijan border since the end of their 2020 war.