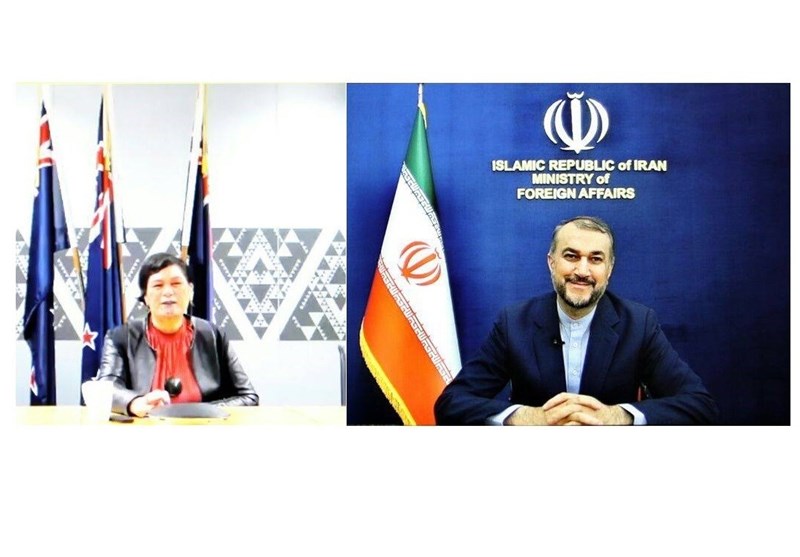 In a video conversation on Monday, Amirabdollahian and his New Zealand counterpart Nanaia Mahuta talked about the relations between the two countries and the regional developments.

Hailing the friendly relations between the two countries and welcoming the idea of holding a joint economic and political commission, the top Iranian diplomat expressed hope that the meeting would help expand the bilateral ties in various fields.

The Iranian foreign minister also referred to the persistent threats from the COVID-19 pandemic and the production of various vaccines in Iran, saying joint scientific cooperation with New Zealand in the medical field is one of the opportunities in the bilateral ties.

As for Afghanistan, Amirabdollahian noted that the formation of an inclusive government representing all ethnic groups is a necessary step for establishing peace and stability in the country.

He then highlighted Iran’s measures to provide services for more than 4.5 million Afghan refugees, stressing the need for the international community to help fulfill this grave responsibility. He also called for help from friendly countries, including New Zealand, the Foreign Ministry’s website reported.

For her part, Mahuta pointed to the friendly ties between her country and Iran, describing the joint economic and political commission meeting as a key opportunity.

She also admired Iran for its humanitarian approach to host millions of Afghan refugees and underlined New Zealand’s policy to support the establishment of peace in Afghanistan and assist the asylum seekers.

Referring to Iran’s important standing, Mahuta underlined the necessity of expanding cooperation between the two countries in various fields.