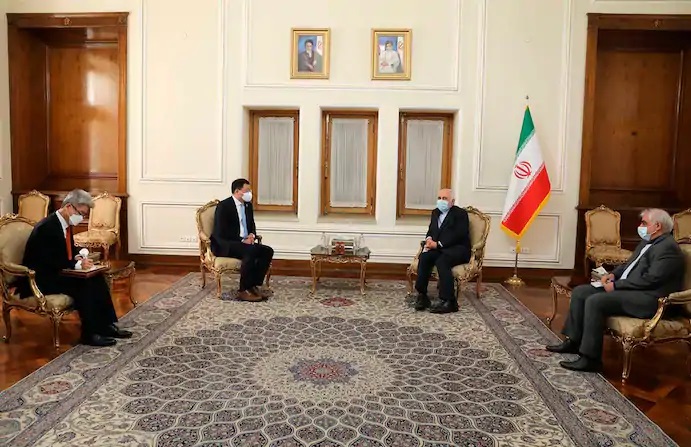 TEHRAN, Iran — Iran’s foreign minister told a visiting South Korean delegation Monday that the release of its vessel and crew seized by Iranian forces is a matter for the courts and out of the government’s hands, state media reported.

The development comes amid an escalating financial dispute between the countries.