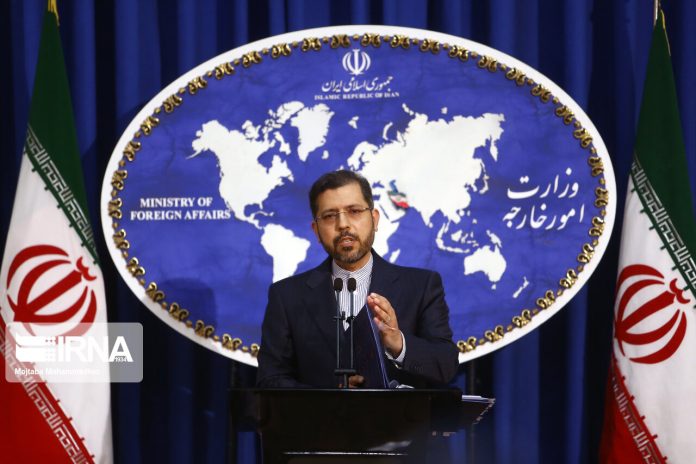 “The Islamic Republic of Iran categorically condemns the attack on Al-Aqsa Mosque, the first Qibla of Muslims, and the killing and wounding of Palestinian worshippers by Israeli forces on the last Friday of the holy month of Ramadan which marks the International Quds Day,” said Saeed Khatibzadeh on Saturday.

“These war crimes once again proved to the whole world the criminal nature of the illegitimate Israeli regime and highlighted the need for prompt international action to stop the violation of the most basic principles of international human rights,” he added.

“The Islamic Republic of Iran condemns this blatant crime against humanity, and expresses condolences to families of those killed in this incident and wishes a rapid recovery for those wounded, and at the same time calls on the United Nations and other relevant international institutions to fulfill their definitive responsibility of dealing with this war crime,” he noted.