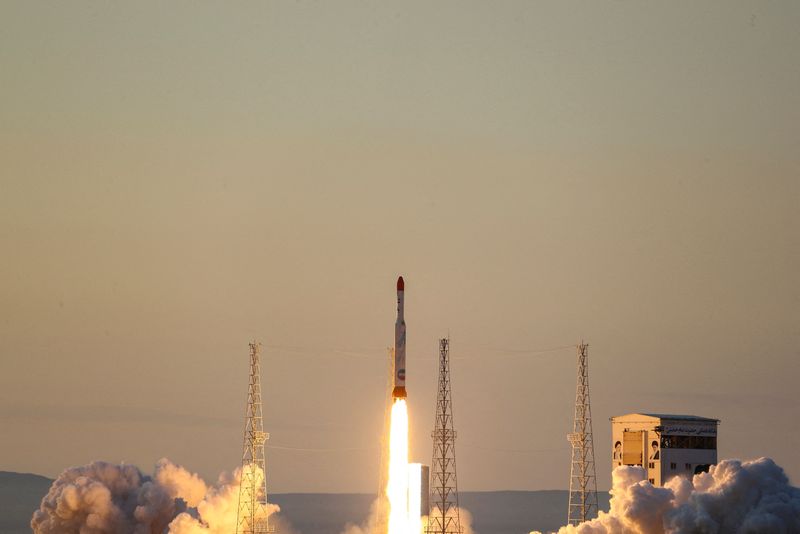 FILE PHOTO: Iranian satellite carrier rocket “Simorgh” is launched in an unknown location in Iran, in this picture obtained on December 30, 2021. Ministry of Defense of Iran/WANA (West Asia News Agency)/Handout via REUTERS

DUBAI (Reuters) – Iran’s space launch on Thursday failed to put its three payloads into orbit after the rocket was unable to reach the required speed, a defence ministry spokesman said in remarks carried on state television on Friday.

The attempted launch, which came as indirect U.S.-Iran talks take place in Austria to try to salvage a 2015 nuclear deal, drew criticism from the United States, Germany and France.

“For a payload to enter orbit, it needs to reach speeds above 7,600 (metres per second). We reached 7,350,” the spokesman, Ahmad Hosseini, said in a documentary about the launch vehicle broadcast on state TV and posted online.

On Thursday, Hosseini did not clarify whether the devices had reached orbit, but suggested the launch was a test ahead of coming attempts to put satellites into orbit.

Iran, which has one of the biggest missile programmes in the Middle East, has suffered several failed satellite launches in the past few years due to technical issues.

Washington has said it is concerned by Iran’s development of space launch vehicles, and a German diplomat said Berlin had called on Iran to stop sending satellite launch rockets into space, adding that they violated a U.N. Security Council resolution.

France said on Friday the rocket launch aimed at sending three research devices into space was in violation of U.N. rules and was “even more regrettable” as nuclear talks with world powers were making progress.

Tehran denies that its space activity is a cover for ballistic missile development or that it violated a U.N. resolution.